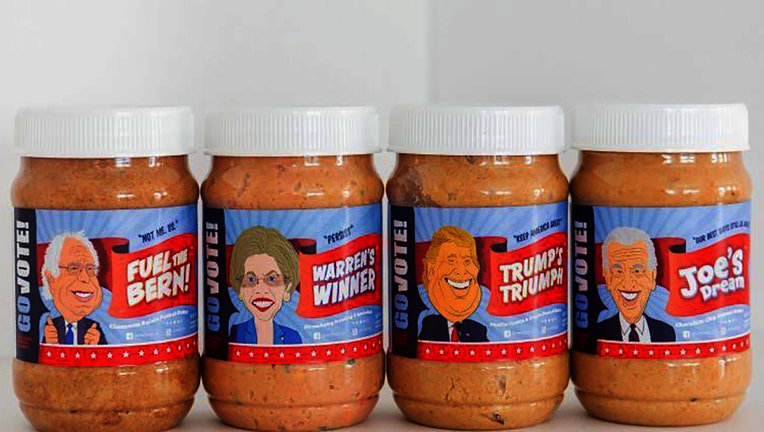 There’s now a tasty way to enjoy the 2020 election -- with peanut butter.

Each jar of the limited edition peanut butter, which can be purchased on the company's website, also features the candidate’s political slogan.

“We created the political candidate flavors based on the people, not their politics,” Nerdy Nuts co-founder Erika Peterson said in a statement. “We wanted positive products that were fun and brought everyone together, especially in such a tense political climate.”

The Sanders-themed peanut butter -- named “Fuel the Bern!” -- is cinnamon raisin-flavored because the Vermont senator said in a 2016 Washington Post interview that he eats Raisin Bran for breakfast while on the campaign trail, according to Nerdy Nuts.

The company was inspired to make “Warren’s Winner” taste like strawberry frosting and sprinkles because the Massachusetts senator tweeted that she prefers the “pink Homer Simpson donut.”

The Rapid City, South Dakota-based company released the flavors on its website on Wednesday. A jar of the politically-themed, artisan peanut butter costs $12.

Get updates on this story from FoxBusiness.com.