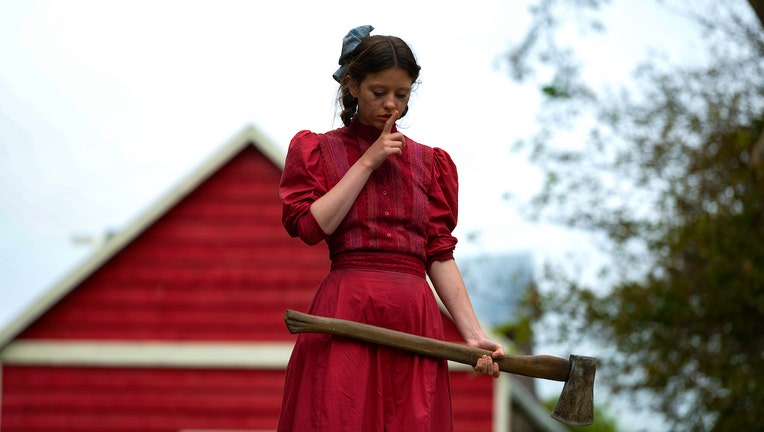 TORONTO - Days before their surprise prequel "Pearl" was set to debut, director Ti West and writer/star Mia Goth announced "MaXXXine," a third installment in a series of sequels the duo began developing before its genesis, the ‘70s slasher throwback "X," even hit theaters. Goth is clearly a muse for West, who hasn’t put out three full-length projects in such quick succession since 2009.

And the duo also clearly think that their concept — a sequence of horror character studies/pastiche exercises based around the dual role Goth played in "X" — has legs.

About "Pearl": Serial-killer stew in a Technicolor world 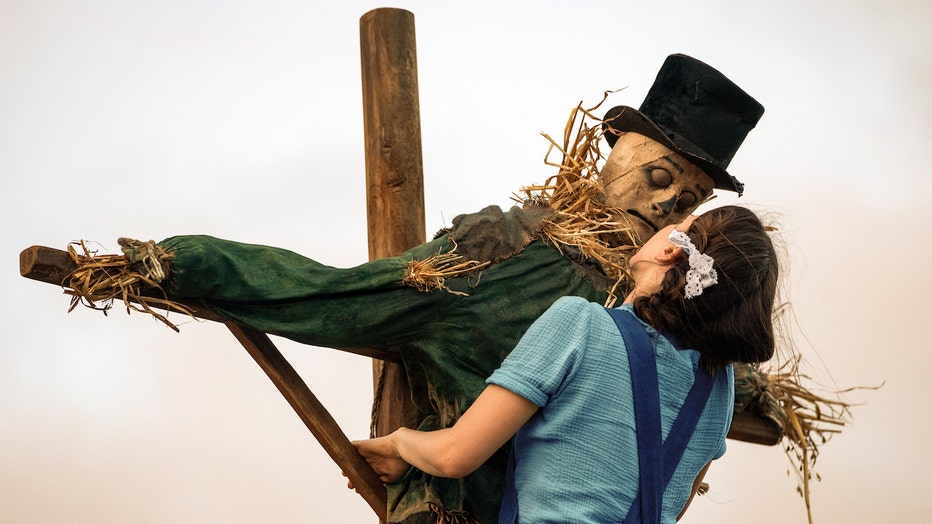 The unifying thematic thread between "X," a movie where a group of aspiring pornographers meet the wrath of a killer crone, and "Pearl," a movie about how that killer crone came to embrace her psychotic destiny, is simple: Repression is bad, and sexual repression is especially destructive.

This message is complicated by the fact that Pearl (Goth), the wide-eyed Texas farm girl and future mass murderer in question, is also implied to have some sort of underlying mental illness that made her a cracked vessel to begin with.

RELATED: ‘I Spit on Your Grave’ and its Final Girl legacy

But the harsh discipline inflicted on Pearl by her no-nonsense German immigrant mother Ruth (Tandi Wright) doesn’t help. Neither do the icky, incestuous vibes between Pearl and her father (Matthew Sunderland), who’s been rendered comatose after a bout with the Spanish flu. The serial-killer stew here is thick — thicker than the watery broth and flavorless boiled potatoes Ruth feeds the family for dinner every night.

The film is set during the influenza epidemic of 1918, which serves the dual role of providing a convenient in-universe justification for masking and creating an overall atmosphere of paranoia. The aesthetics of the film are more in line with the 1930s, however, combining the saturated look of dye transfer Technicolor (think "The Wizard of Oz") with old-fashioned iris shots and a title card rendered in bold cursive font. 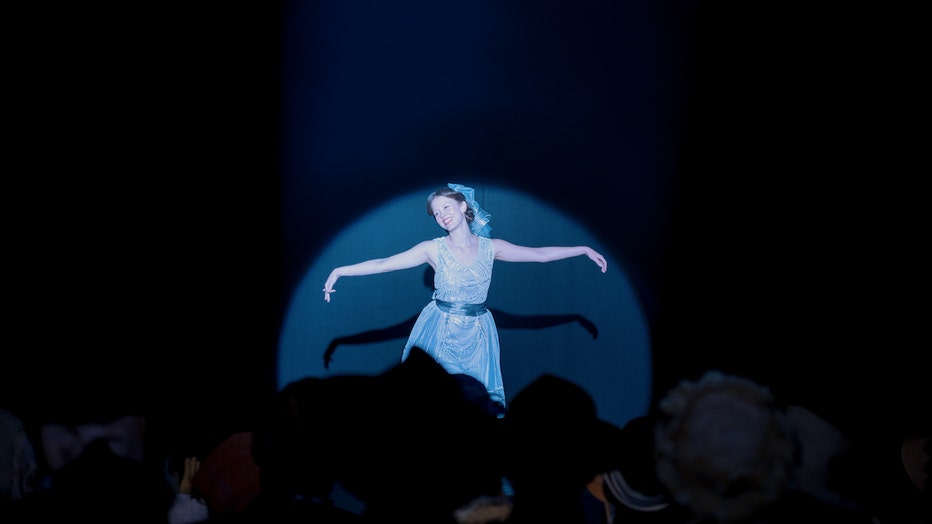 Combined with Goth’s sweetly unhinged performance — she’s part Porky Pig, part Dorothy Gale and part Carrie White — the effect is cartoonish enough that animated songbirds wouldn’t feel out of place if they swooped from the sky and sang Pearl a happy song about the joys of fornication.

WATCH FREE ON TUBI: Ti West’s indie horror classic "The House Of The Devil" — get the app

Appropriately enough, the one area where "Pearl" is diligent about historical accuracy is in its pornography. Midway through the film, a handsome projectionist at the local movie theater (David Corenswet) screens a dirty picture for Pearl when she sneaks out of the house and comes to visit him late one night. That movie, "A Free Ride," is real — it was made in 1915 and was licensed to the makers of "Pearl" by the prestigious Kinsey Institute. In it, a male driver picks up two female hitchhikers, pulls over on the side of the road, the three disrobe, and — well, you can guess the rest.

Pearl is a married woman, but her husband is away at war, and her mother’s plain Protestant mindset leaves her with little in the way of sensual pleasures. Naturally, she’s intrigued. 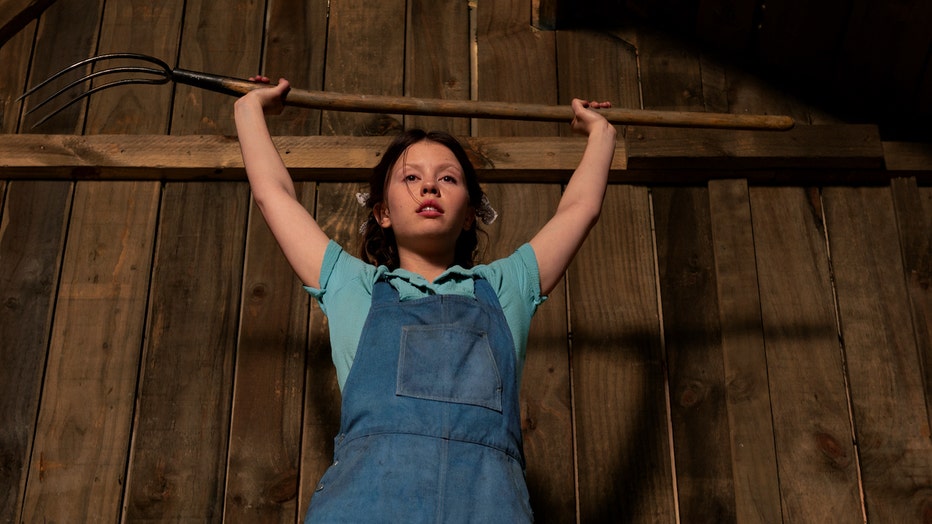 WATCH FREE ON TUBI: "Fifty Shades of Grey" (and its sequels) — get the app

But she’s not quite liberated enough to go full stag film. Pearl’s dream is to become a dancing girl up there on that flickering silver screen, and God help anyone who tries to stand in her way.

See "Pearl" for: an appealingly grisly character study (and a gator cameo) 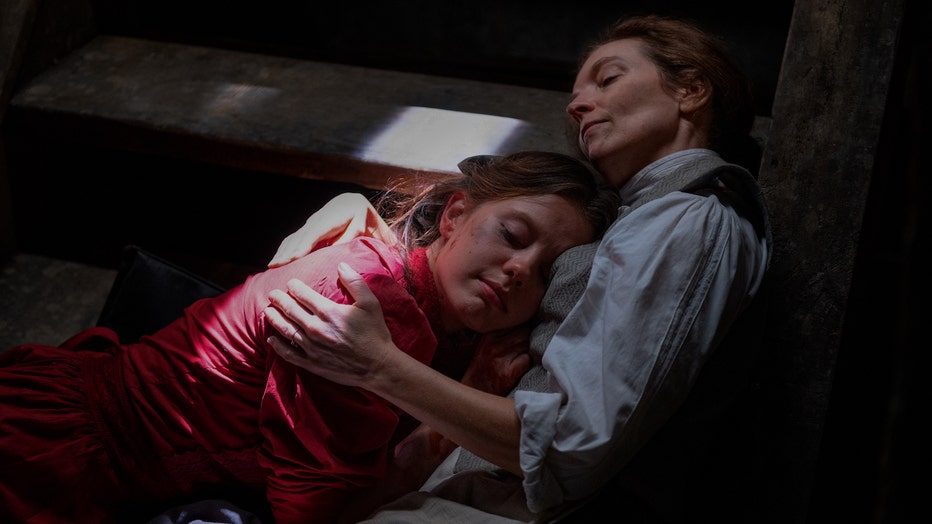 The entertainment value of "Pearl" is only partially dependent on whether or not you’ve seen "X" (more on that below). It’s an intriguingly demented, freewheelingly horny and appealingly grisly character study all on its own. But its most rewarding feature is the way it mirrors and enriches "X" by delivering similar characters and themes within a totally different aesthetic vessel. The Leo-pointing-at-the-TV aspect of watching Pearl feed a dead goose to the gigantic alligator who lives in her family’s pond, or realizing in slow motion that West blocks the kill scenes in this film to parallel those in "X," give "Pearl" the boost it needs to become a fully realized film and not just a lark.

And it’s still something of a lark, even with all those elements in place. But while it might not have much of a purpose without its predecessor, it’s got style to spare.

About the writer: Katie Rife is a film critic, programmer, and former Senior Writer of The A.V. Club. Her work has appeared in Rolling Stone, Vulture, and Indiewire, among other outlets.

Make it a double feature with "Shivers," streaming free on Tubi

Shivers (1975): One of the first films from groundbreaking body horror auteur David Cronenberg, "Shivers" (also called "They Came From Within," among other titles) includes an unusually direct warning at the end of its trailer: "If this film doesn’t make you scream and squirm, you’d better see a psychiatrist — quick." And honestly, that’s not bad advice. A scientist in a fancy apartment kills a young woman and then himself, a terrifying occurrence that’s only the beginning of the nightmare "Shivers" conjures. It turns out the not-so-good doctor was experimenting with a lethal parasite, one that turns its host into a bloodthirsty, sexually crazed human wrecking ball. Rated R. 87 minutes. Dir: David Cronenberg. Featuring: Paul Hampton, Joe Silver, Lynn Lowry, Allan Kolman, Susan Petrie.

"Shivers" is streaming free on Tubi — get the app

"Pearl" is currently only available to watch in theaters — but it’s in a lot of them. "X" is available for rent or purchase via Prime Video, Roku, RedBox, Apple TV and elsewhere. It is not currently streaming as part of any service.