PHILADELPHIA - An alligator from Pennsylvania is in the running for America’s Favorite Pet.

WallyGator, a 7-year-old reptile, who hails from the City of York and reportedly "loves to give hugs," is currently in the lead in a new pet popularity contest – America’s Favorite Pet Animal Kingdom – which includes animals of all shapes, sizes and species. 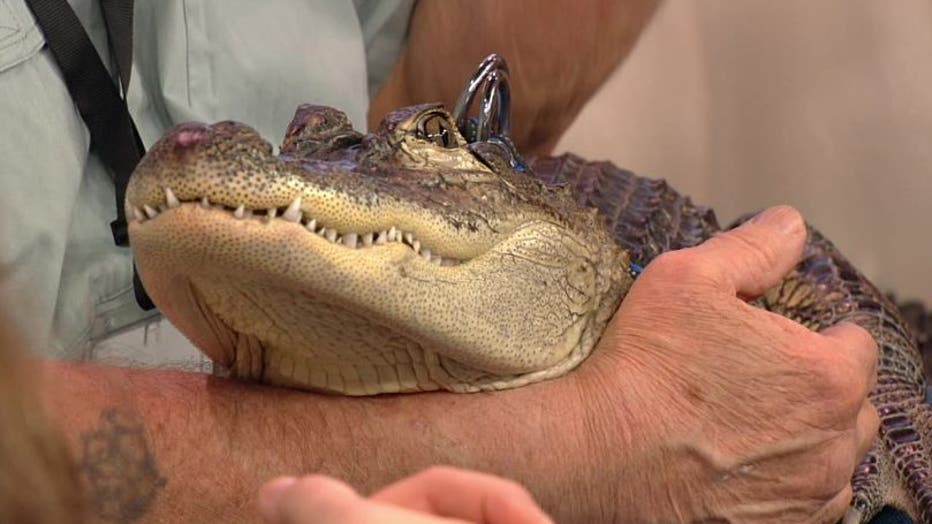 It’s currently unknown how many votes WallyGator has, but the animal has a dedicated TikTok following of more than 68,100 people.

The favorite pet contest includes rounds of online votes to determine which animal will be crowned the winner.

Votes can be entered on AmericasFavPet.com for free with one or two votes cast daily depending on the verification method that’s chosen.

Alternatively, people can choose to cast 10 to 250 votes through a monetary donation, which will benefit the Progressive Animal Welfare Society (also known as PAWS.org) – a nonprofit shelter and rehabilitation organization based in Lynnwood, Washington.

If WallyGator wins America’s Favorite Pet Animal Kingdom, he will receive a $10,000 prize and a two-page spread in InTouch Magazine.

Right behind WallyGator in terms of votes is a chinchilla named Churro, a rescued dog named Hank and a tamed wild mustang named Sundance "Sunny" Kid.

Dozens of other animals are in the running, but the first voting round will narrow the top 20 pets on Sept. 1, at 7 p.m. PDT, according to the contest’s website, which has a live countdown.

WallyGator’s owners started posting videos of his adventures to his TikTok account – @WallyTheAlligator – starting in April 2022.

The account shows WallyGator goes on leashed walks, swims with humans and allows people to offer him hugs and kisses.

The young alligator has been offering emotional support to one of his owners, who has been diagnosed with cancer, according to WallyGator’s contestant profile on the America’s Favorite Pet website.