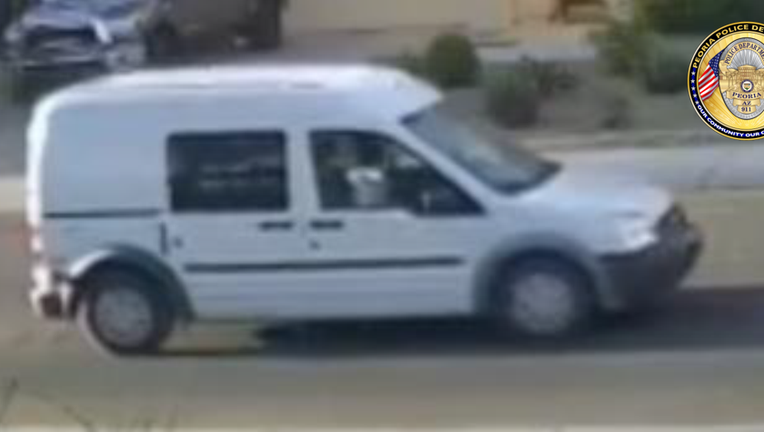 PEORIA, Ariz. - The Peoria Police Department is searching for the man suspected of approaching a young girl by car and saying "Hey, I've been looking for you."

He reportedly did this to several young girls.

The incident happened on July 9 near the 30000 block of Sunrise Point. Police say an unidentified man attempted to make contact with the girl several times by stopping her and saying, "Hey, I've been looking for you."

She left the area and told her parents what happened. Soon after, they learned several other young girls in the neighborhood experienced the same thing.

"They described the vehicle as slowing down and acting suspicious as it passed them while walking. The male did not contact them," the police department said.

A neighbor reviewed security camera footage and was able to capture the suspect's van in the area.

"The vehicle is described as a white, 2009-2013, Ford Transit Connect Van. The license plate is unknown and there were no markings on the vehicle. The driver was described as a black male, possibly younger," described the police department.