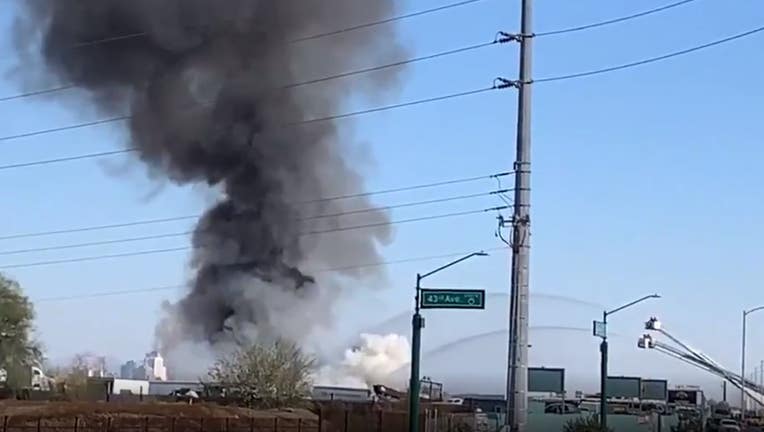 A shot of the junkyard fire near 41st Ave and Broadway.

Officials say they responded to reports of heavy black smoke coming from an auto recycling yard in the area. Arriving crews discovered that 15 to 20 vehicles and other debris were on fire.

Crews were able to quickly extinguish the fire, and no injuries were reported.