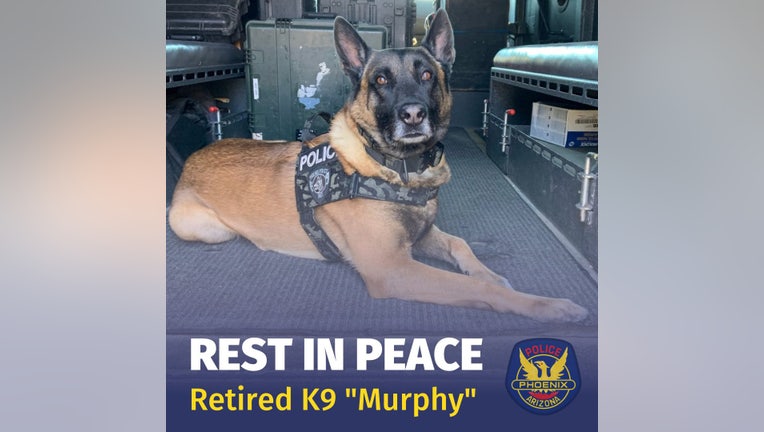 He was battling an "advanced medical condition" the department says, and he passed away on June 27.

"Our hearts go out to his handler, Andrew, and his family," the department said in a tweet.

The Scottsdale Police Department is welcoming Captain to its force to help young people having a mental health crisis on its school campuses. He helps those experiencing anxiety, depression or those in a manic state.

When a young person is having a mental health crisis, the department says SROs are often the first people they see. Now, they'll also have Captain to help make an incredibly hard situation, a bit less tense. Captain has been at the high school since January, and thanks to him and Pease, staff say they have noticed a big difference in the students while they are at school. He's beloved by all of the students and that's partly why he can do his job so well.

After serving as a K-9 victim advocate for a little over seven years, Tori the Labrador, is retiring from her duties as a court facility dog. She is one of three K-9's at the Maricopa County Attorney’s Office. Over the years, Tori and handler Mary have provided hundreds of victims with support. Now, they're receiving a plaque for their service throughout the years.