Phoenix police have released the edited body camera video of the shooting that killed Commander Greg Carnicle in March.

PHOENIX - Phoenix police have released the edited body camera video of the shooting that killed Commander Greg Carnicle in March.

On Thursday, Phoenix police released the video where officers are responding to a home near 43rd Avenue and Pinnacle Peak Road.

Earlier on March 30, a woman made a call to 911 at 1 p.m. and told dispatchers they had a roommate they needed to convict because he was acting strangely and making them feel uncomfortable. In that call, the woman disclosed that the roommate had a gun.

A few hours later, another 911 call was made and the woman told dispatchers that the roommate refused to open his bedroom door, and she was afraid.

Officers arrived at the house and made contact with 22-year-old Jacob McIlveen, who was still hiding in his bedroom. It took them 20 minutes to get McIlveen to open his bedroom door to them.

As officers attempt to convince McIlveen to leave the home peacefully, he soon makes requests of the officers.

McIlveen is seen delaying his departure by stopping to grab a drink or ask the officers incoherent questions. This lasts for 35 minutes.

As officers leave the home with the expectation for McIlveen to follow, he shuts the door instead.

Over the course of the next hour, more officers arrive at the scene, including Commander Carnicle.

Officers learned that a second roommate, Devin, was still inside the home and afraid to come out. Because of this new information, officers decided to enter the home with the help of Devin.

McIlveen opened fire and hit all three officers. Carnicle succumbed to his injuries later that night. 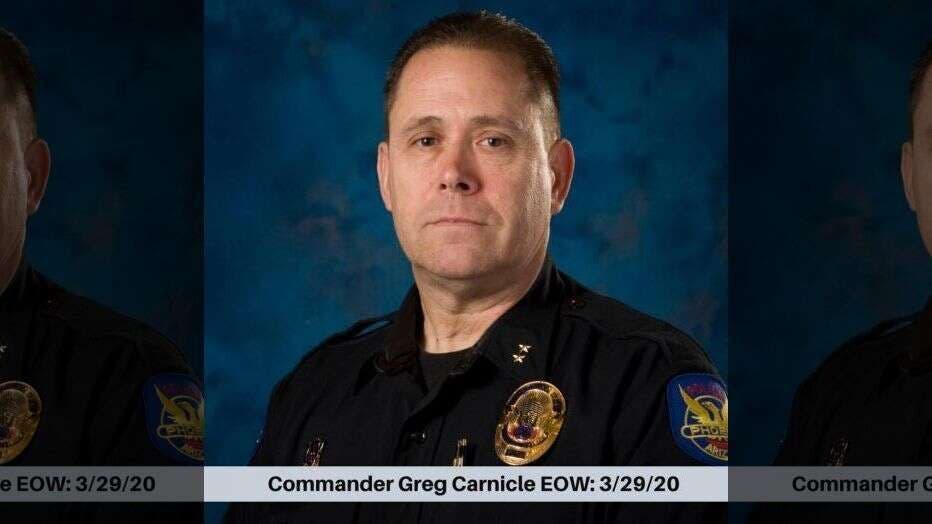 On June 30, a memorial service was held for Carnicle at Christ's Church of the Valley.

He had served the department for 31 years and was planning to retire in October. The 56-year-old leaves behind a wife and four children.

Officers Hubert and Dowhan were transported to the hospital and survived their injuries.

Family of Phoenix Police officer killed in March speaks out

On Friday, the family of a Phoenix Police officer who died following a shooting in late March spoke with FOX 10.