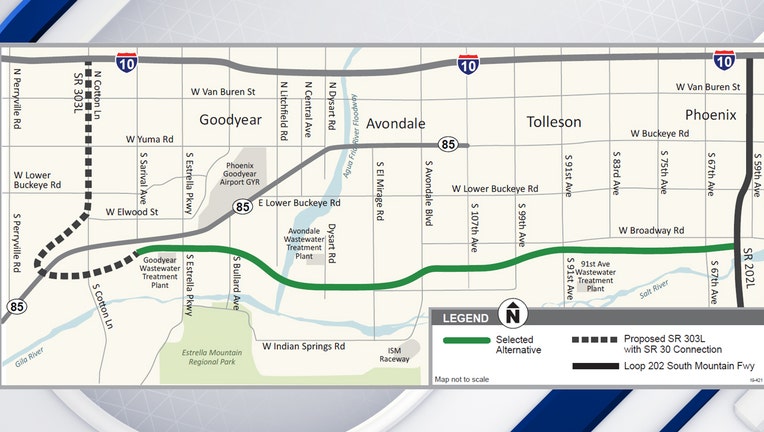 PHOENIX - Plans for new 13-mile-long highway in southwestern metro Phoenix are advancing but construction lies some time away in the future, the state Department of Transportation said.

The department announced Tuesday that it has completed an environmental study for State Route 30, a new east-west highway to connect the South Mountain Freeway in Phoenix with a point near the Loop 303 in Goodyear.

SR30 would serve as an alternate route to Interstate 10. The approved route is approximately 4 miles south of and parallel to I-10, the department said.

According to the department, the Maricopa Association of Governments has programmed more than $500 million for utility work and right-of-way acquisition along the SR30 alignment in coming years but actual construction of the new highway is unfunded.