PD: 1 dead after car crashes into traffic light in Chandler

CHANDLER, Ariz. - Chandler Police say a man is dead after a car crashed into a traffic pole on the night of July 28.

According to officials, the crash happened in the area of Gilbert and Chandler Heights Roads when a vehicle traveling northbound on Gilbert veered east, colliding with the traffic light.

After hitting the traffic pole, the vehicle crashed into another car. 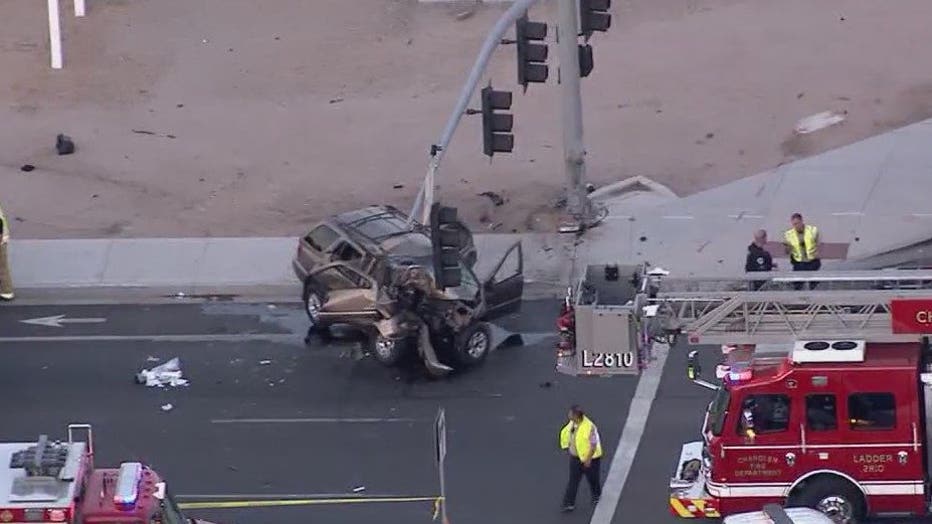 Chandler Police say a man is dead after a car crashed into a traffic pole on the night of July 28.

A man riding in the passenger seat of the car was taken to a hospital where he later died.

The driver, a woman in her 20s, was also hospitalized.

No one inside the second vehicle was injured.

Police say speed and impairment are believed to be factors in the crash.

No arrests have been made at this time. The identities of the victims have not been released.