A police chase took a dramatic turn in the Downey area after one of the officers tried to do a PIT maneuver on the suspect -- but the suspect drove in a circle and briefly evaded the officers. The suspect was eventually placed in custody in the Paramount area.

LOS ANGELES COUNTY, Calif. - A suspect is in custody after leading police on a chase across Los Angeles County Thursday night.

SkyFOX was over the scene in Downey where a suspect in a white sedan led authorities on a pursuit. 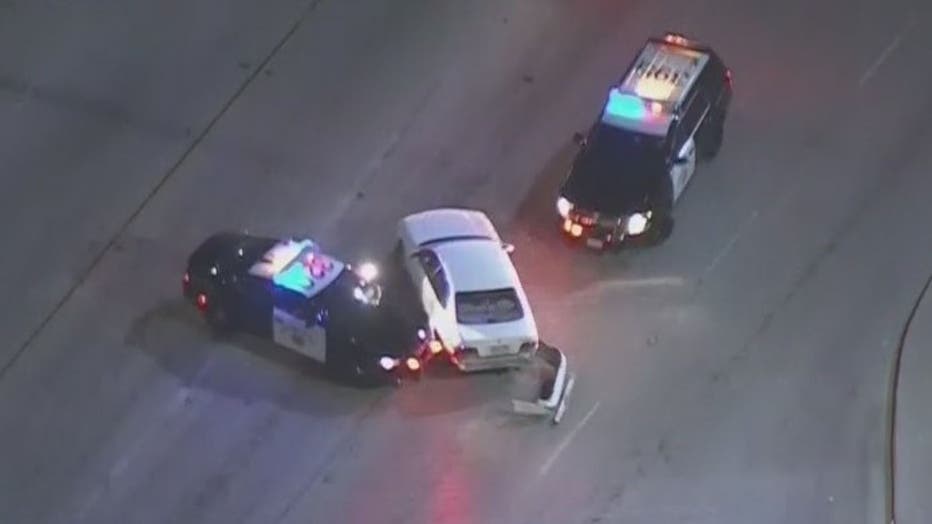 The suspect led authorities on the chase across parts of Los Angeles County which included Santa Fe Springs, Downey and Paramount.

At one point during the chase, one of the officers attempted a PIT maneuver on the suspect's car, but the suspect started driving in a circle and briefly evaded the officers in Downey. The suspect was eventually placed in custody in the Paramount area.

The suspect was initially wanted for a traffic violation.