A man is behind bars after being accused of shooting a family's dog to death. But when detectives executed a search warrant at his home, they found something even more sinister.

MARICOPA, Ariz. - A man is behind bars after being accused of shooting a family's dog to death. But when detectives executed a search warrant at his home, they found something even more sinister.

"I think every dog is put on this Earth for a reason. He was put here to stop him."

"We noticed that he didn't come to the window and when we went to the backyard, he didn't answer to his call and we knew something was wrong," Cook said. "We noticed a big puddle of blood right there and then drops coming out this way to about here, and then nothing on that side. This whole side was wet leading to the neighbor's backyard."

According to the Maricopa police reports, the only visible area where the dog could have been shot was from a very specific window of the home of Verma.

After a warrant was served, police found hundreds of weapons, ammo and tens of thousands of dollars inside his home on West Yucca Lane. He also had multiple passports and citizenships from different countries.

The most shocking find was pornographic magazines and more than two dozen printed photos of girls as young as eight years old. 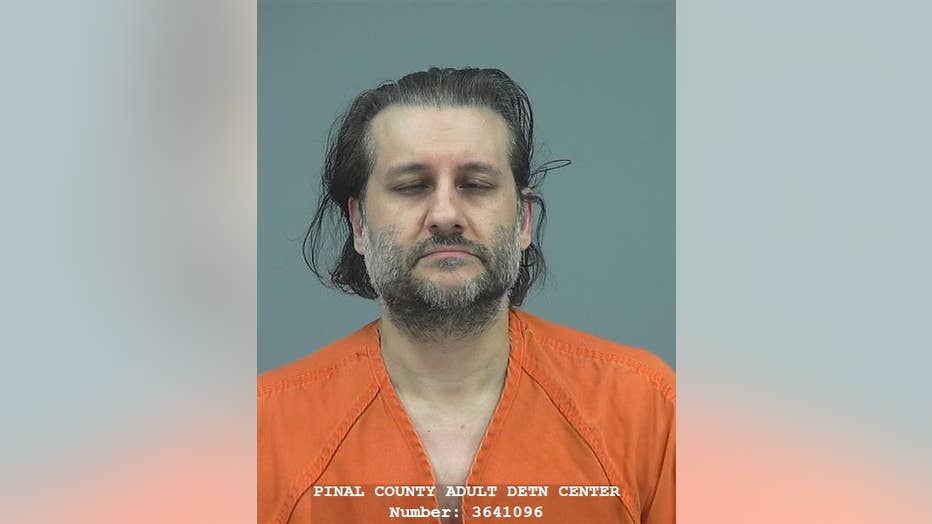 The Clark family says the death of their two-year-old dog possibly saved the lives of many.

"Because of him, a lot of children will be safe. We're a family community. You don't know what he was capable of doing," Cook said.

While Verma was arrested for child exploitation and animal cruelty, the family says they just want to know where the body of their dog may be.

"I'm upset because we would like to find some closure," Cook said.