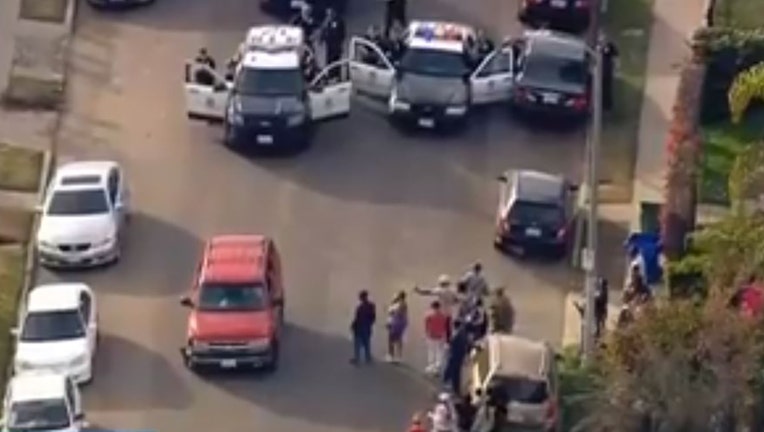 The chase began at 2:30 p.m. in the area of 84th Street and Vermont Avenue, according to police.

The suspect eventually stopped in an alley off 75th Street near Figueroa Street with dozens of police officers behind. He surrendered to police.

The driver had been holding a poster or flyer with an image of a woman out of the window as several passersby interacted with the man.

CNS contributed to this report