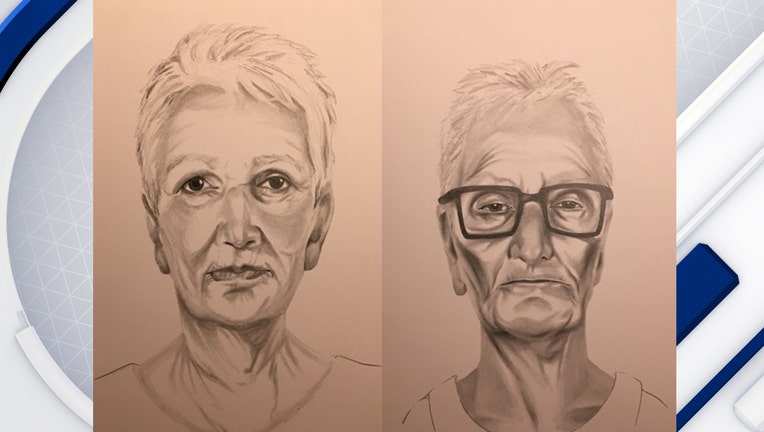 TEMPE, Ariz. - Tempe Police officials have released a sketch of a woman they believe was responsible for a confrontation in June that ended with a gun being pointed at a victim.

FOX 10 first reported on the incident in late June. The victim, identified as Roicia Banks, said she was standing outside her car when the incident happened.

Banks says a man stepped in front of the gun, shielding her from the suspect, who then drove off from the scene.

"According to the victim and witnesses on scene, the female suspect, exchanged words with the victim while presenting and pointing a gun at the victim from inside her vehicle. Witnesses stated they attempted to intervene when the suspect then fled the area," said Tempe Police Detective Natalie Barela in June.

The female suspect is described as being about 70 to 80- years of age with short white hair. At the time of the incident, police say the woman was driving a green, older model 4-door Ford Explorer SUV.

People are calling for the arrest of a woman who allegedly pointed a gun at another woman during an argument at Tempe Marketplace on Juneteenth.

At the time the incident was first reported, activists demanded the release of surveillance video from nearby stores.

"If I was a white woman, we know it'd be case closed. So all I really have to say is I want my right to demand justice as any other person should," said Banks.

Meanwhile, Tempe Marketplace officials have released a statement on the incident, as well as concerns over surveillance video.

“Tempe Marketplace is aware of this reported incident and has been working closely with the Tempe Police Department to provide any and all information. We can confirm that there are no security cameras in the area of the parking lot where the incident occurred, nor are we aware of any video footage of the incident from nearby tenants. The safety of our guests and employees is our utmost priority, and we invest in a 24/7, 365 security team that constantly monitors activity at the center and also work regularly with the Tempe Police Department on precautionary and emergency situations."

People in Tempe are calling for the arrest of a woman accused of pointing a gun at another woman during an argument at Tempe Marketplace near McClintock Drive and Rio Salado Parkway on June 19.