"I enjoy challenging and pushing myself to new limits, to new heights," Andrews told FOX 13.

He has done it year after year in area races, to bring attention to his favorite charity, The Special Operations Warrior Foundation, which supports military families.

"It’s an awesome charity," he said.

Andrews is a physical education teacher in Polk County and a former professional bodybuilder. He decided to combine his love for fitness with his support for Special operations in a unique and jaw-dropping way. 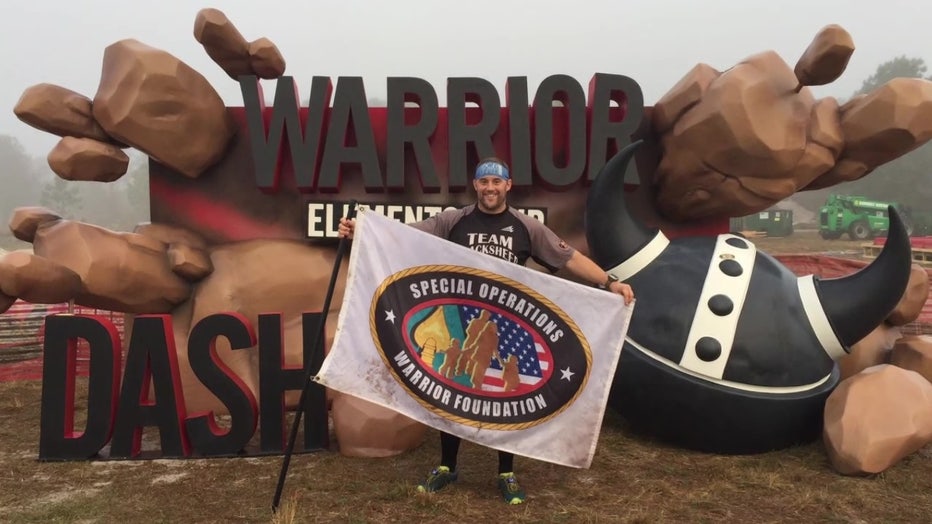 A few years ago, he entered a race called ‘The Warrior Dash’ wearing a vest emblazoned with Special Operations Warrior Foundation.

He lunged the entire course, a grueling 3.3 miles. It took more than seven hours.

"After the first mile, things went numb," said Andrews. "The big thing was to keep moving."

Next year, Andrews moved onto a new challenge. He bear-crawled the race, on all fours, from start to finish.

When asked if he wore gloves, he replied, "I wish I had." 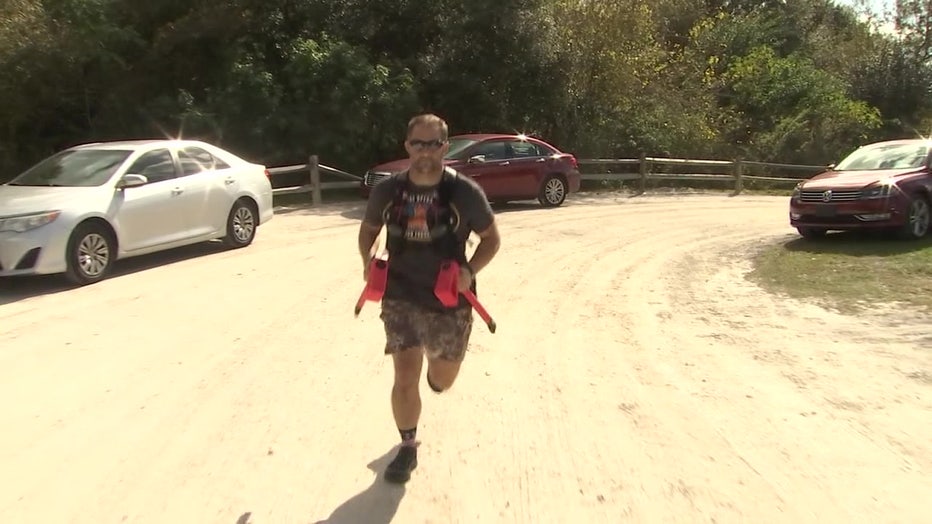 But the blisters that covered Andrews hands didn’t stop him from thinking up something trailblazing for the race the next year. He hoisted and threw a 75-pound sandbag for the duration.

In a few weeks, Andrews will be back at it. This year, on January 16, he is going to be doing an ultramarathon, 100 miles, carrying a hatchet in each hand.

Pulling off a 100-mile race would be quite a feat for a trained, avid runner. But it is going to extra difficult for Andrews who has held onto much of the muscle he packed on as a bodybuilder.

"I am just keeping in mind what I am doing it for, and taking it one step… at a time," he said.