Protests over a series of pop-up outdoor evangelical concerts

The "Let Us Worship" open air concerts started in Los Angeles with a concert on Skid Row Wednesday night, where protesters used vehicles to try to block what critics describe as COVID-19 superspreader events. Bands played at a worship sermon in Echo Park on Thursday from 10 am into the afternoon, before moving on to Azusa. 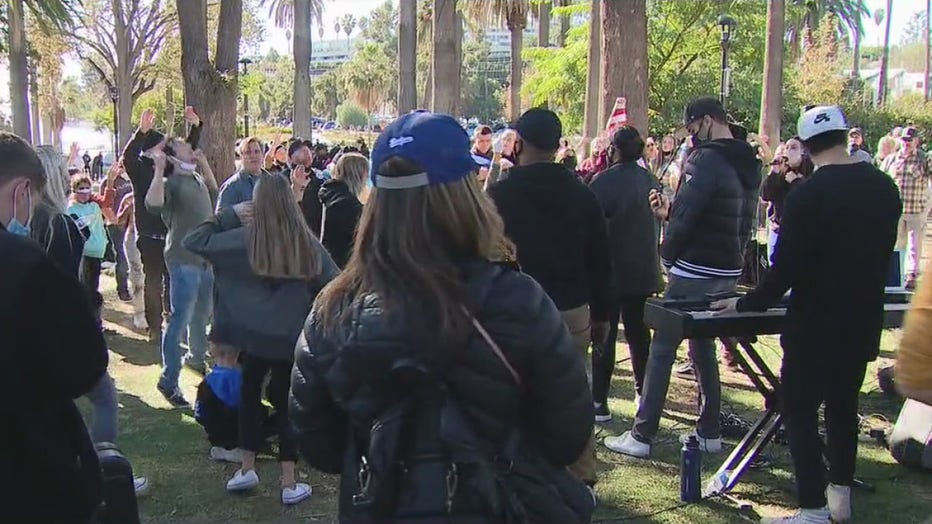 Feucht's Facebook page also included a New Year’s event from 9 PM to midnight in Valencia, which shows at least 500 people interested in attending. Also on social media, the Santa Clarita Sheriff's Department states they are aware and will be monitoring the event.

Feucht, who has a history of defying COVID-19 health mandates, has been touring around the country, pushing against government restrictions on religious gatherings.

A large crowd has gathered outside the Higher Vision Church in Valencia on New Year's Eve, where a couple hundred people have gathered, mostly without masks. Authorities are aware of the event, but they will not be arresting or removing anyone practicing religious freedom.

"Are you kidding?" asked one angry resident looking at a crowd of dancing, praying concert-goers in Echo Park. "I can’t have Christmas dinner but the city allows this?"

At the Echo Park event, about half of those attending the concert were wearing masks. Protesters with signs confronted those not wearing them, which led to constant scuffles.  Some even played loud sirens to disrupt the music, which woke up many local and angry residents during the morning hours.

"Do they have a permit to do this?" asked one person to emergency response team members from Mayor Garcetti’s office, who were handing out masks. They did not respond, and as of this writing, neither has the city.

RELATED: LASD made 235 arrests this month in crackdown on superspreader events

During the evangelical festivities, police were responding to a dead body that was being pulled out of the lake nearby. Authorities confirm that the incident was not related to the concerts happening at the same time.  The concert continued even as the coroner's van rode past those singing and dancing. 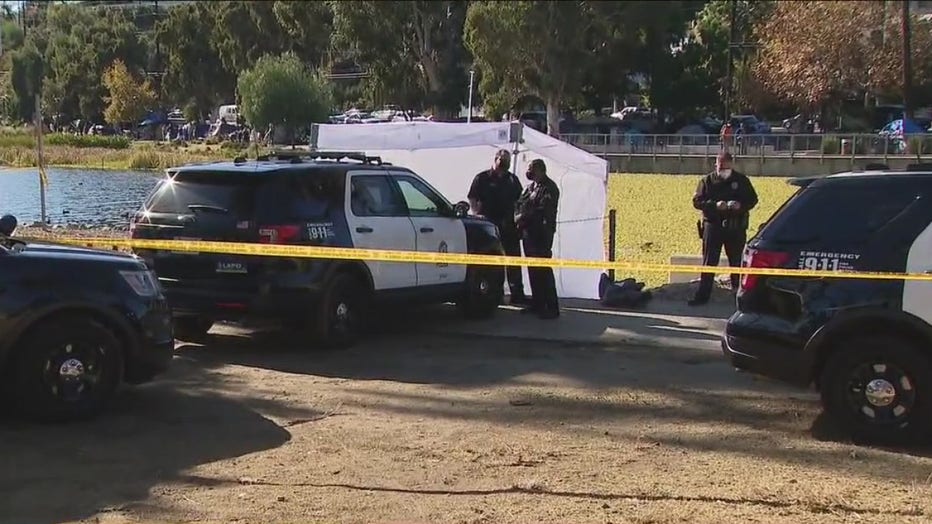 Health officials have commented on the events, saying they are "religious" in nature and protected under the First Amendment, but generally, even religious events need permits at Echo Park.

Feucht has not returned our requests to talk to him or anyone organizing these events.