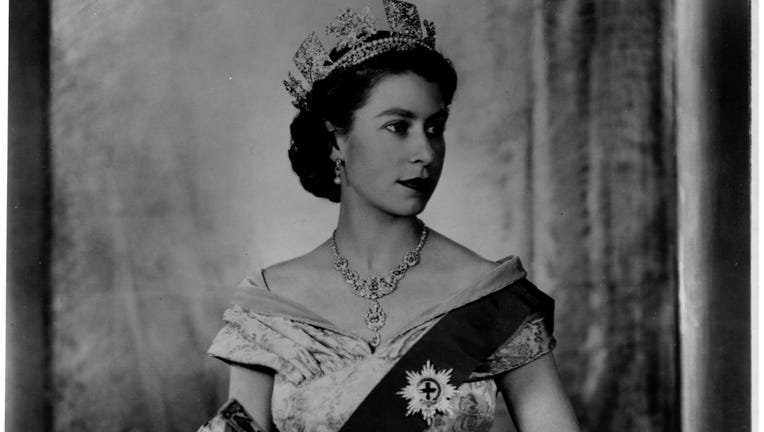 As the world mourns Britain’s longest-reigning monarch, one can’t help but reminisce about the extraordinary evolution and historic moments humans have witnessed since the queen’s birth.

Born on April 21, 1926, Queen Elizabeth lived through many life-changing events such as World War II, the Great Depression and several U.S. presidencies.

Take a look back in time to see what other historic, tragic, inspiring and memorable moments which impacted the U.S., and the world, that the queen witnessed. 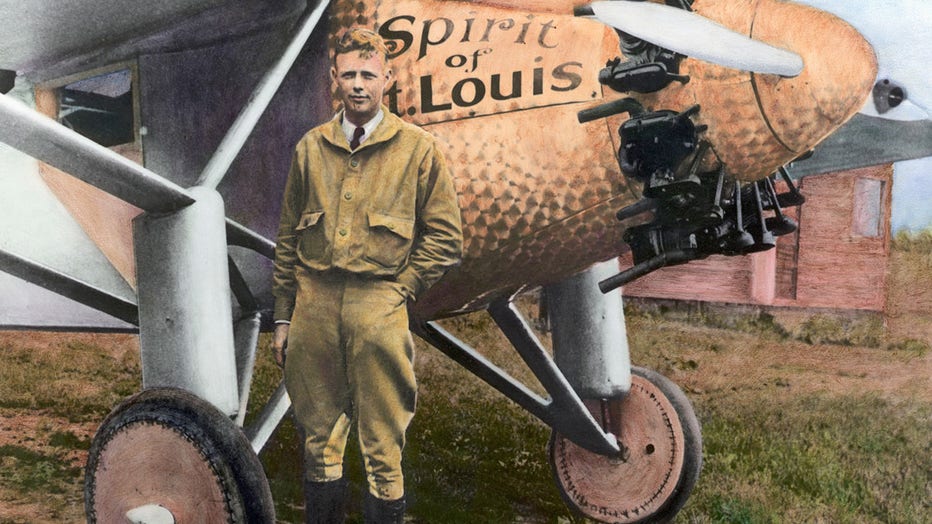 Charles Lindbergh with the Spirit of St. Louis (Getty photos)

Charles Lindbergh made his first solo nonstop transatlantic flight in his plane The Spirit of St. Louis between May 20-21, 1927.

The first loaves of commercially sliced bread were invented by Otto Rohwedder on July 6, 1928, in Chillicothe, Missouri.

On Jan. 24, 1935, the American Can Company and the Gottfried Krueger Brewing Company debuted the first canned beer.

The slinky was accidentally invented by Richard James, a mechanical engineer, in 1943. James was attempting to create a device that would keep equipment level while on a ship at sea when he accidentally knocked over one of the springs from a shelf. The spring then "walked" down the stairs instead of just falling, according to the National Museum of Play.

On July 16, 1945, scientists successfully detonated the first atomic bomb during testing at the Trinity Site in Alamogordo, New Mexico.

George De Mestral came up with the idea for Velcro in 1948. It was originally called the "hook and loop fastener" and after about a decade of trial and error, De Mestral patented his invention in 1958.

The first digital video game, Spacewar!, was created in 1962.

In a supermarket in Troy, Ohio, on June 26, 1974, the first-ever item with a barcode was scanned for purchase.

In 1982, compact disks (CDs) were introduced and sold to the general public, replacing vinyl and cassette tapes. 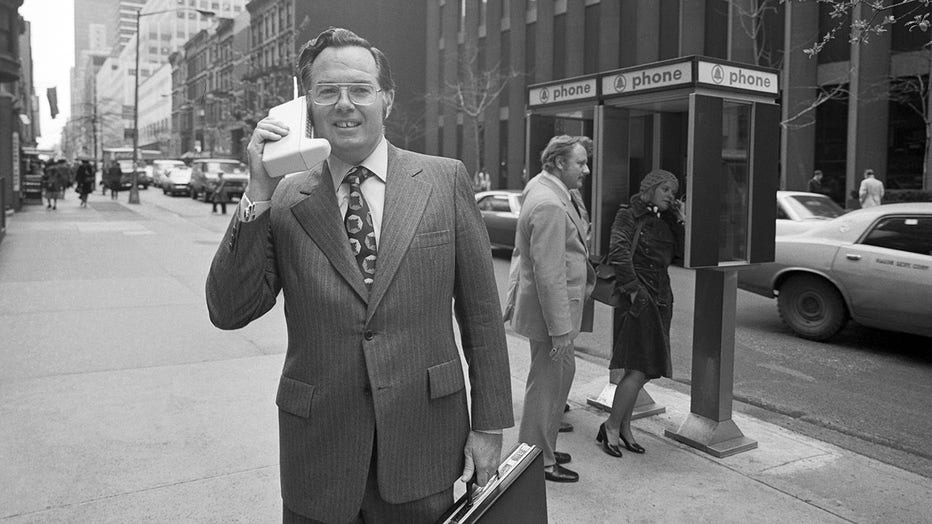 Motorola came out with the DynaTAC in 1984 which was the first handheld cellular phone. It weighed over a kilogram and was nicknamed The Brick.

On Feb. 4, 2004, Facebook launched for the first time, bringing social networking to the world.

Steve Jobs introduces the first iPhone on Jan. 9, 2007, ushering in the smartphone era. 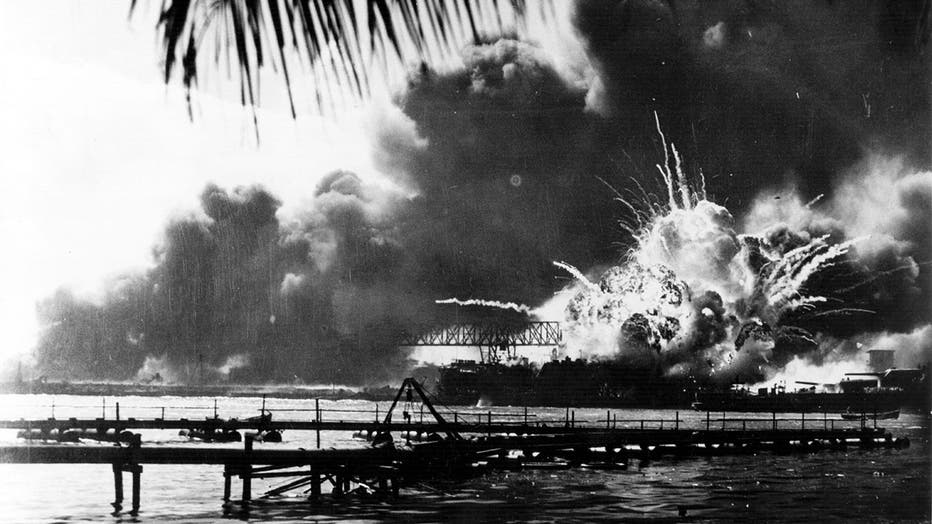 World War II was declared in Europe on Sept. 1, 1939, and just four days later, the U.S. declared itself neutral.

On Dec. 11, 1941, Germany and Italy declare war on the U.S. and the U.S. reciprocated, declaring war on both countries. 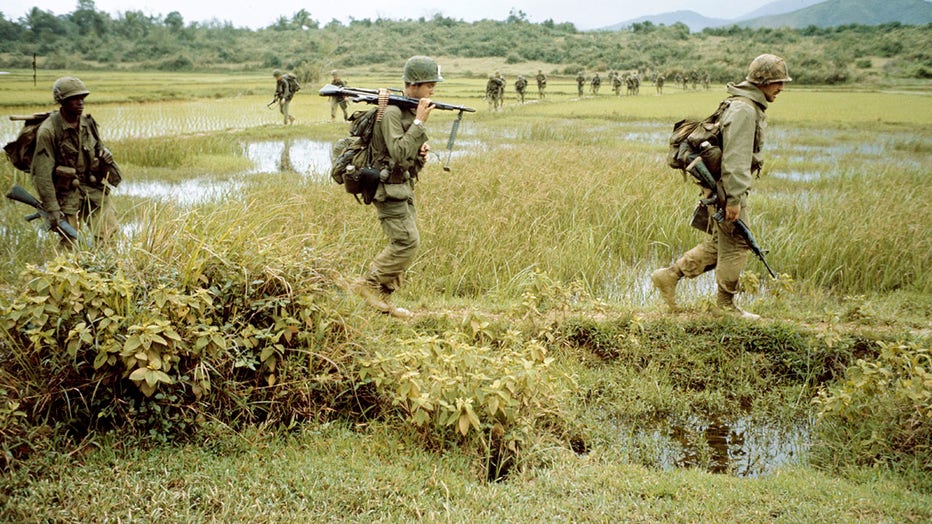 Soldiers of the United States Army's 1st Cavalry Division, each carrying their M16A1, through a paddy field, during a search-and-destroy mission in the high ground of Qui Nhon, South Vietnam, 17th January 1967. (Photo by Bettmann Archive via Getty Im

The Cuban Missile Crisis began in October 1962 and ended in November 1962.

Iraqi president Saddam Hussein ordered an invasion of neighboring Kuwait in August 1990. This would be the genesis of the Persian Gulf War.

Russia invaded Ukraine in early 2022, which had economic impacts across Europe and the globe. 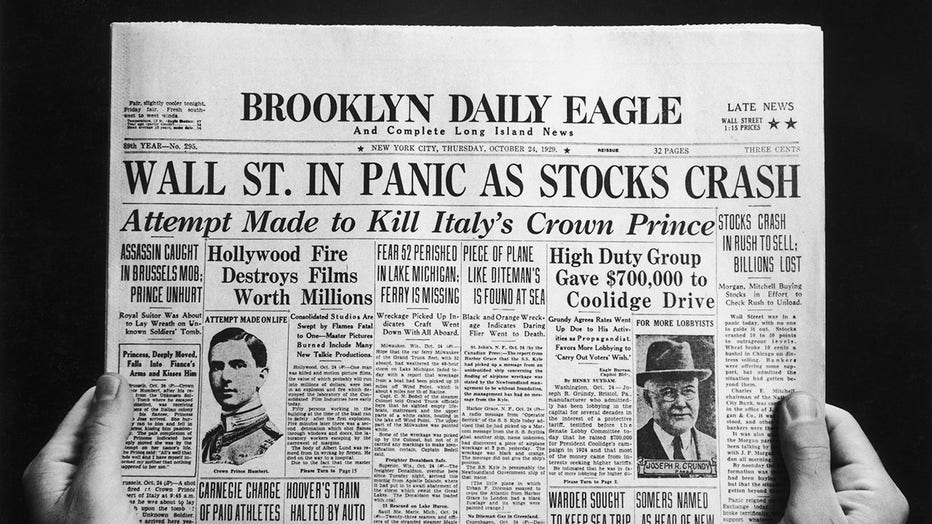 The front page of the Brooklyn Daily Eagle newspaper with the headline 'Wall St. In Panic As Stocks Crash', published on the day of the initial Wall Street Crash of 'Black Thursday', 24th October 1929. (Photo by FPG/Hulton Archive/Getty Images)

The stock market crashed and kicked off the Great Depression on Oct. 28, 1929.

On May 14, 1955, the Supreme Court ruled racially segregated schools were unconstitutional following Brown vs. Board of Education.

Rosa Parks refused to give up her seat to a white passenger on a crowded bus in Montgomery, Alabama, on Dec. 1, 1955. Her refusal and subsequent arrest lit a fire and sped up efforts to end segregation. 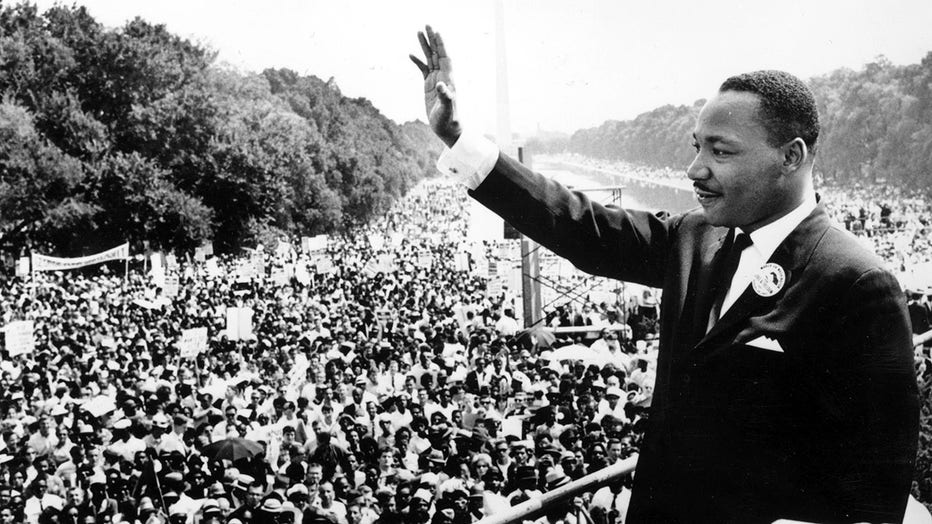 Black American civil rights leader Martin Luther King (1929 - 1968) addresses crowds during the March On Washington at the Lincoln Memorial, Washington DC, where he gave his 'I Have A Dream' speech. (Photo by Central Press/Getty Images)

On the evening of Nov. 9, 1989, Germans started tearing down the Berlin Wall.

On Jan. 20, 2009, Barack Obama became the 44th president of the U.S. and the first-ever African American to hold office.

On May 25, 2020, George Floyd died after a Minneapolis police officer put his knee on Floyd’s neck during an arrest for nearly 10 minutes. The incident, which was recorded and shared on social media, sparked some of the largest demonstrations in the U.S. and around the world.

A Scottish physician named Dr. Alexander Fleming accidentally discovered penicillin in a petri dish in 1928 which would kickstart a nearly 20-year journey into the study of antibiotics.

The first-ever FDA-approved birth control pill was introduced on May 9, 1960. 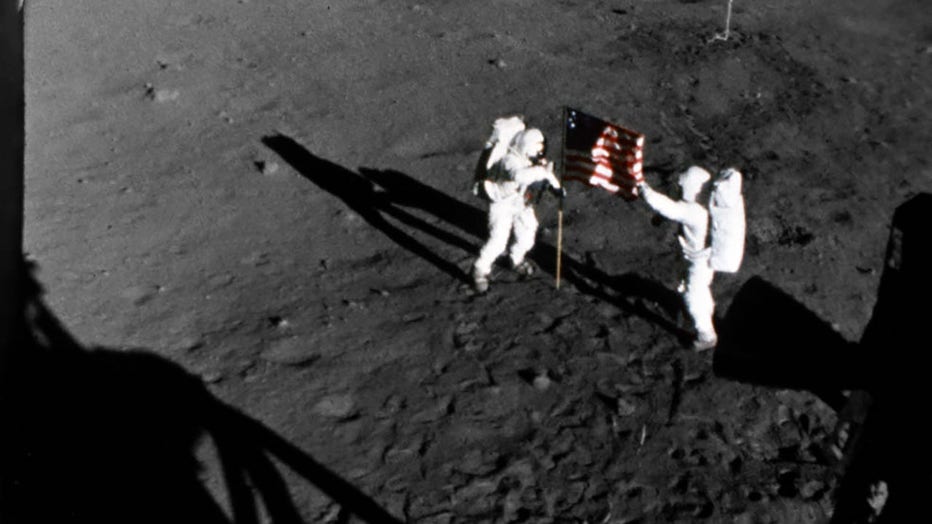 The deployment of the flag of the United States on the surface of the moon is captured on film on July 20, 1969, during the first Apollo 11 lunar landing mission. The picture was taken from film exposed by the 16mm Data Acquisition Camera which was m

Apollo 11 astronauts Neil Armstrong and Buzz Aldrin become the first men to land on the moon on July 20, 1969.

On Jan. 22, 1973, the Supreme Court ruled women have a legal right to get an abortion following Roe v. Wade, which was later overturned in a 2022 ruling.

The first cases of HIV/AIDS were reported in the U.S. in June 1981.

On Nov. 22, 1963, President John F. Kennedy was assassinated while riding in a motorcade in Dealy Plaza in Dallas, Texas.

Dr. Martin Luther King Jr. was assassinated on April 4, 1968, while standing on a balcony at the Lorraine Motel in Memphis, Tennessee. 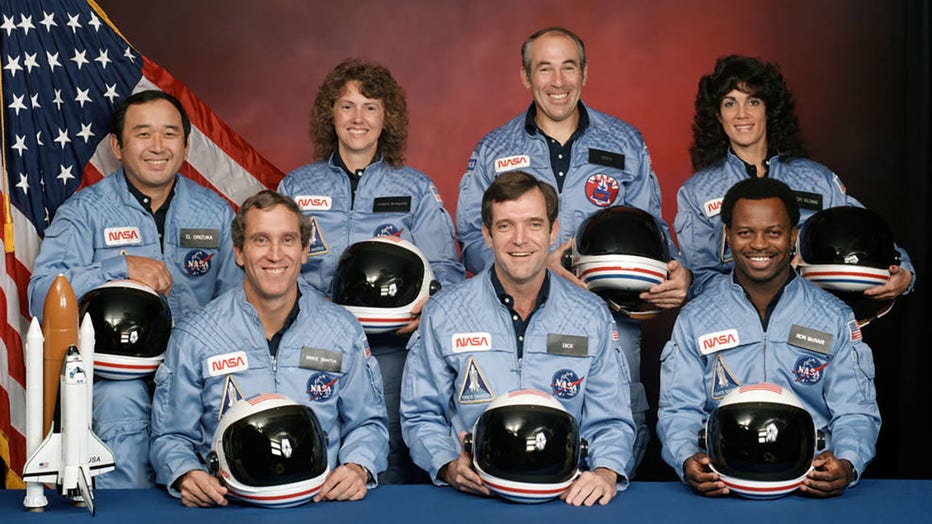 The Challenger space shuttle disaster shocked the world on Jan. 28, 1986. Just over a minute after liftoff, the shuttle exploded in front of millions of schoolchildren watching the event on TV. There were no survivors.

The Oklahoma City Bombing on April 19, 1995, resulted in 168 deaths, including children. Hundreds more were injured. It was considered one of the worst acts of homegrown terrorism in U.S. history.

Thirteen people are killed in the Columbine school shooting on April 20, 1999, in Littleton, Colorado. 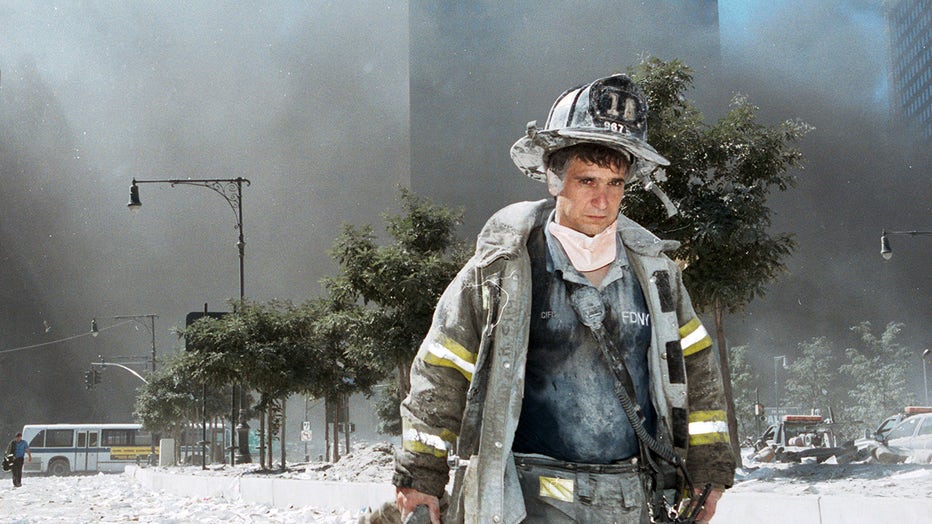 An unidentified New York City firefighter walks away from Ground Zero after the collapse of the Twin Towers September 11, 2001 in New York City. (Photo by Anthony Correia/Getty Images)

On Aug. 25, 2005, Hurricane Katrina makes landfall along the southeast Florida coast. Katrina would go on to become one of the top five most deadly hurricanes in U.S. history.

The oil drilling rig Deepwater Horizon exploded on April 20, 2010, spilling four million barrels of oil into the Gulf of Mexico. The explosion killed 11 workers on the rig and was the largest oil spill in the history of marine oil drilling operations.

Dec. 14, 2012, a 20-year-old gunman entered Sandy Hook Elementary school in Newtown, Connecticut, and killed 20 first-graders and six faculty members before turning the gun on himself. The Sandy Hook shooting was the second-deadliest mass shooting at the time. On June 12, 2016, a 29-year-old gunman opened fire inside Pulse Nightclub in Orlando, Florida, killing 49 people. At the time, it was the deadliest mass shooting in U.S. history. 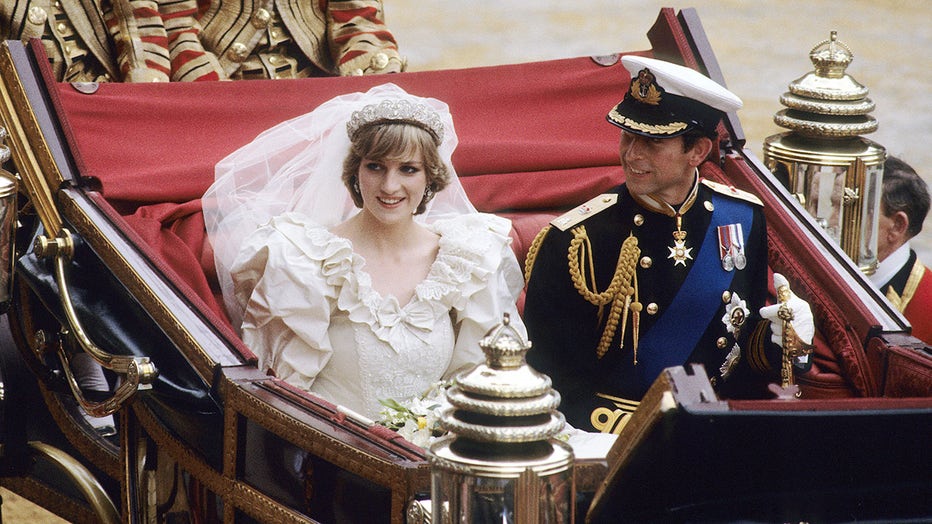 Prince Charles, Prince of Wales and Diana, Princess of Wales, wearing a wedding dress designed by David and Elizabeth Emanuel and the Spencer family Tiara, ride in an open carriage, from St. Paul's Cathedral to Buckingham Palace, following their wedd

July 29, 1981, marked the nuptials of Prince Charles and Princess Diana. 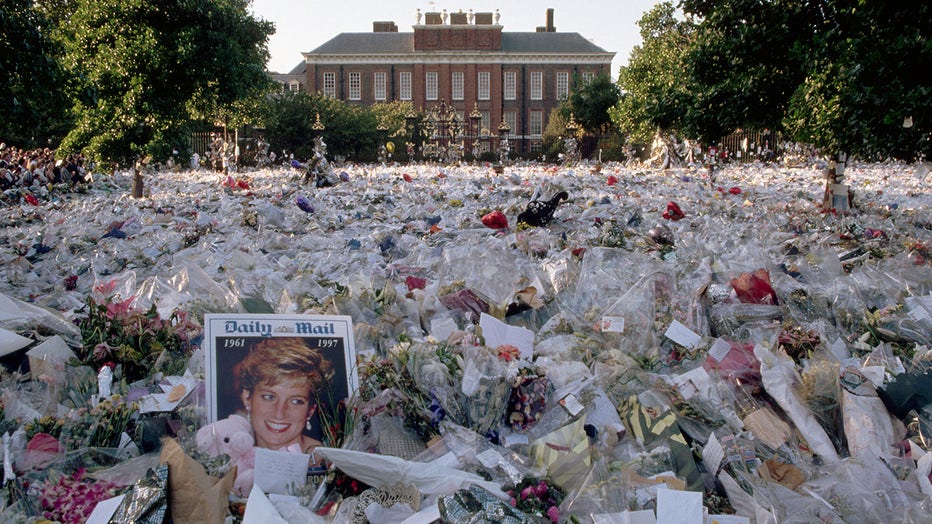 A multi-colored sea of floral tributes to Diana, Princess of Wales, lie outside the gates of her London home. The flowers began to arrive soon after news of Diana's death, in a Paris car crash, reached Britain. (Photo by Liba Taylor/CORBIS/Corbis via

On April 29, 2011, Prince William and Kate Middleton were married.

Prince Harry and Meghan Markle were married on May 19, 2018.

On Jan. 1, 2020, the United Kingdom left the European Union, a process known as Brexit.

WATCH FREE ON TUBI: "The Majestic Life of Queen Elizabeth II" — get the app