LONDON - Britain’s Queen Elizabeth II was back at Windsor Castle on Friday and in good spirits after revelations that she spent the night in a London hospital earlier this week.

Buckingham Palace said the 95-year-old British monarch went to the private King Edward VII’s Hospital in London on Wednesday for "preliminary investigations." She returned to her Windsor Castle home at lunchtime on Thursday and was understood to be back at her desk by afternoon, undertaking light duties.

The queen underwent the tests after she canceled a scheduled trip to mark 100 years since the creation of Northern Ireland, and the palace said she had "reluctantly" accepted medical advice to rest for a few days. The matter was not related to COVID-19.

The palace does not normally offer a running account of the monarch's health, citing her privacy. However, in this case it confirmed the queen’s hospital stay after The Sun newspaper reported the news.

On the whole, there is a rule of thumb is that if a senior member of the royal family undergoes a procedure or an operation, there is a medical bulletin, royal expert Robert Hardman told the BBC. But that doesn't apply to tests. 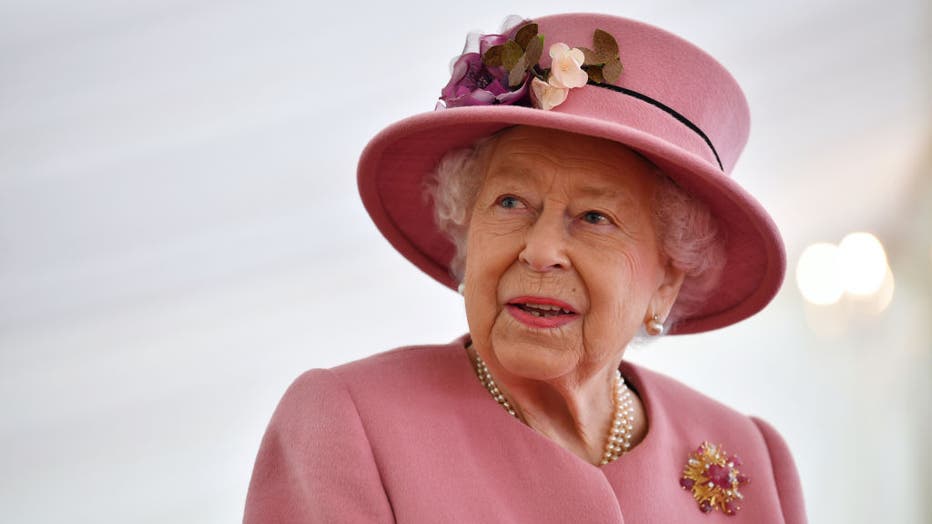 FILE - Britain's Queen Elizabeth II speaks with staff during a visit to the Defence Science and Technology Laboratory (Dstl) at Porton Down science park on Oct. 15, 2020, near Salisbury, England. (Photo by Ben Stansall - WPA Pool/Getty Images)

The attention paid to the development merely reflects the great affection the global community has for the monarch, said Hardman, author of "Queen of the World," which chronicles the monarch’s influence and stature around the globe.

"She hates people making a fuss of her in general but particularly to do with health,'' he told the BBC. "And I think there’s a concern to sort of maintain the dignity of the office, and I know that one reason why nothing was said about yesterday’s trip to hospital was that they sort of didn’t suddenly want sort of huge banks of cameras and 24-hour news setting up outside the hospital.''

There has been some disquiet this week about Elizabeth's health. Only days ago, she was seen using a walking stick at a Westminster Abbey service marking the centenary of the Royal British Legion, an armed forces charity. Though she had used a cane in 2003, it was after she underwent knee surgery.

Focus then turned to her hectic schedule, which has in recent days included audiences with diplomats, a reception at Windsor Castle for global business leaders, and attending the horse race at Ascot Racecourse.

In less than two weeks she is due to host world leaders at the United Nations climate summit in Glasgow, Scotland — a big engagement cited as one reason why she might want to rest up in advance.

Prince Philip, who died at 99, was born into the Greek royal family but spent almost all of his life as a pillar of the British one.

Though Elizabeth has enjoyed robust health throughout her life, she is Britain’s longest-lived and longest-reigning monarch. She is due to celebrate her Platinum Jubilee — 70 years on the throne — next year.

Elizabeth has ruled since 1952 and was widowed this year when Prince Philip died at age 99 in April. She has cut back on her workload in recent years but still keeps a busy schedule of royal duties.

She recently declined the honor of being named "Oldie of the Year" by The Oldie magazine. Her office said that "Her Majesty believes you are as old as you feel, as such The Queen does not believe she meets the relevant criteria to be able to accept."