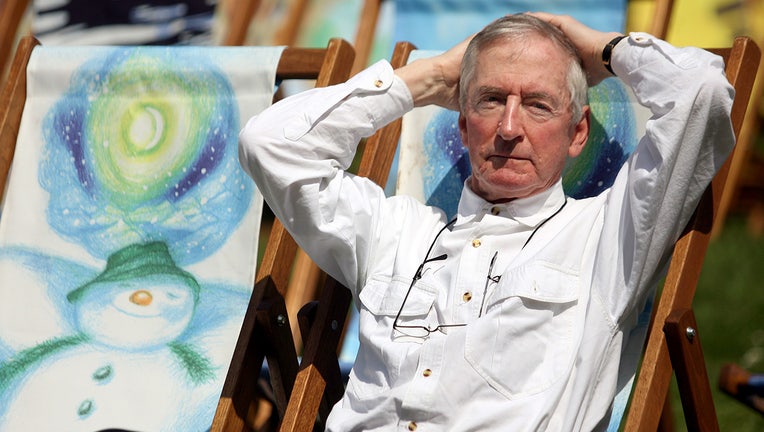 Author Raymond Briggs poses for media in Hyde Park, May of 2008. (Photo by Anthony Devlin - PA Images via Getty Images)

LONDON - British children’s author and illustrator Raymond Briggs, whose creations include "The Snowman" and "Fungus the Bogeyman," has died. He was 88.

Briggs' family said he died Tuesday, and thanked staff at Royal Sussex County Hospital, near his home in southern England, "for their kind and thoughtful care of Raymond in his final weeks."

"We know that Raymond’s books were loved by and touched millions of people around the world, who will be sad to hear this news," the family said in a statement released Wednesday through Publisher Penguin Random House.

Born in London in 1934, Briggs studied art and briefly worked in advertising before starting a decades-long career as a children’s illustrator. He won a Kate Greenaway Medal — considered the Oscars of children’s publishing — in 1966 for illustrating a book of nursery rhymes, "The Mother Goose Treasury."

He tweaked a fairy-tale story with "Jim and the Beanstalk," published in 1970, and won a second Greenaway award for "Father Christmas." Published in 1973, it featured a grumpy but genial Santa Claus and — like many of Briggs' books — was adapted for television.

"Fungus the Bogeyman," which charted a day in the life of a scary subterranean monster, disgusted and delighted children in equal measure after its publication in 1977.

The next year came "The Snowman," a bittersweet story in which a boy’s wintry creation magically comes to life. The wordless book has sold more than 5.5 million copies around the world, and a 1982 animated adaptation has been shown on British TV every Christmas since. 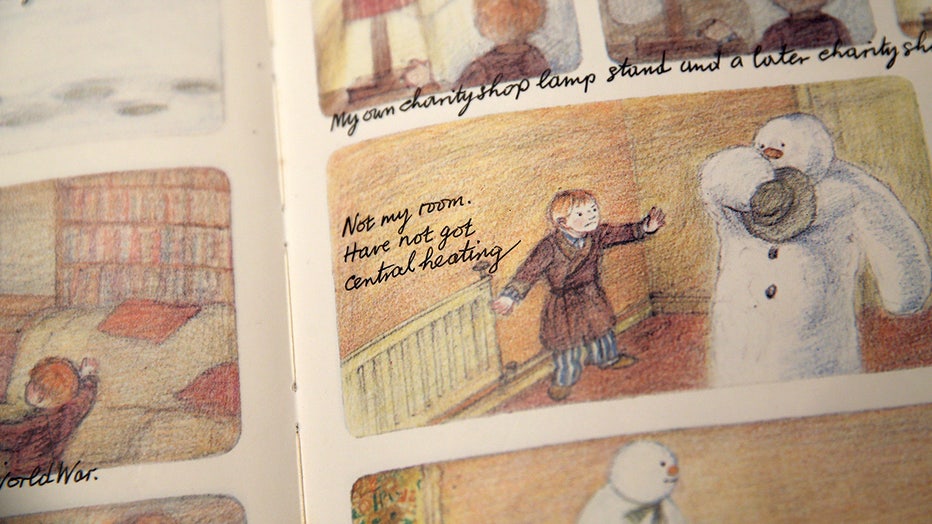 Annotated pages from 'The Snowman' by Raymond Briggs is displayed at Sotheby's auction House on December 4, 2014 in London, England. (Photo by Dan Kitwood/Getty Images)

Far more somber was 1982's "When the Wind Blows," a story about the aftermath of a nuclear attack on Britain imbued with melancholy and anger. It was adapted as an animated film in 1986, with music by David Bowie and others.

Briggs’ anti-nuclear stance made him unpopular with members of British Prime Minister Margaret Thatcher’s Conservative government. So did "The Tin-Pot Foreign General and the Old Iron Woman," a picture-book satire on the Falklands War.

Later works include "Ethel & Ernest," a poignant graphic novel based on the lives of Briggs’ parents, published in 1998.

Briggs' books were poignant but never saccharine, shot through with the tart humor that rippled beneath his curmudgeonly public persona. Despite creating several seasonal classics, he always claimed to hate Christmas, and once said of children: "I try to avoid them whenever possible."

"Raymond liked to act the professional curmudgeon, but we will remember him for his stories of love and of loss," said Briggs’ literary agent, Hilary Delamere. "I know from the many letters he received how his books and animations touched people’s hearts."

"Raymond’s books are picture masterpieces that address some of the fundamental questions of what it is to be human, speaking to both adults and children with a remarkable economy of words and illustrations," she said.

Briggs family said he "lived a rich and full life" and felt lucky to have had both his late wife and his late partner of over 40 years in it.

Briggs' wife, Jean, died in 1973 and his partner, Liz, died in 2015. He is survived by a stepson and stepdaughter and their families.