A man who lives in one Ahwatukee neighborhood has found his own way of sending a message to those who are messing with political signs in the area.

PHOENIX - Political signs seem to be on every corner during the run-up to any election, but a man in Phoenix is speaking out, after political signs around his neighborhood keep getting stolen.

Bruce Loomis, who lives in Ahwatukee, is an avid supporter of President Donald Trump, and he says he should have a right to voice his opinion on the upcoming election.

Loomis says that right was taken away when someone came along and stole a Trump sign from his home.

"Wasn’t hurting anybody and they just took it, so I don’t know," said Loomis.

That same night, one of Loomis' neighbors also lost a sign. In the days that followed, some others did as well. Loomis then set about making his own signs. 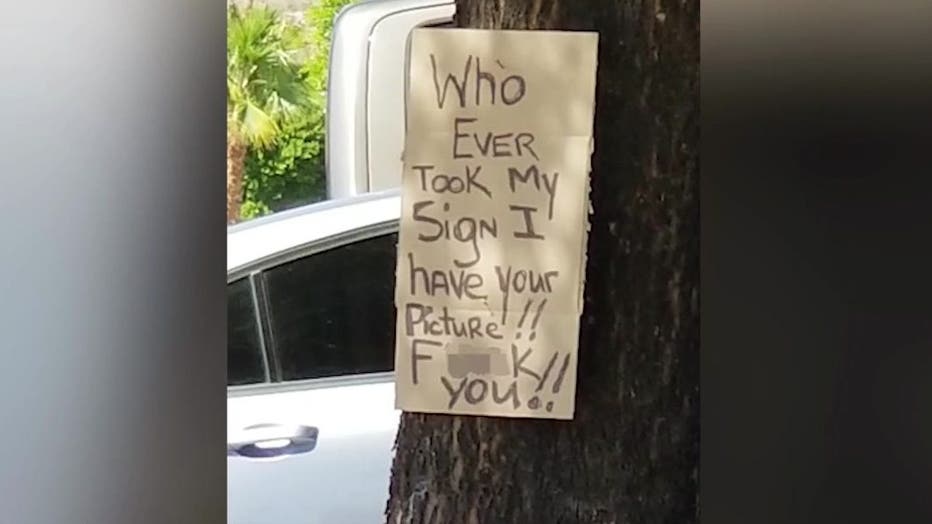 "Put it on a tree, telling that person what we thought of him," said Loomis.

Down the street, other nearby signs also warn against theft. Some Biden/Harris signs have notes attached that read "Smile, you’re on candid camera." 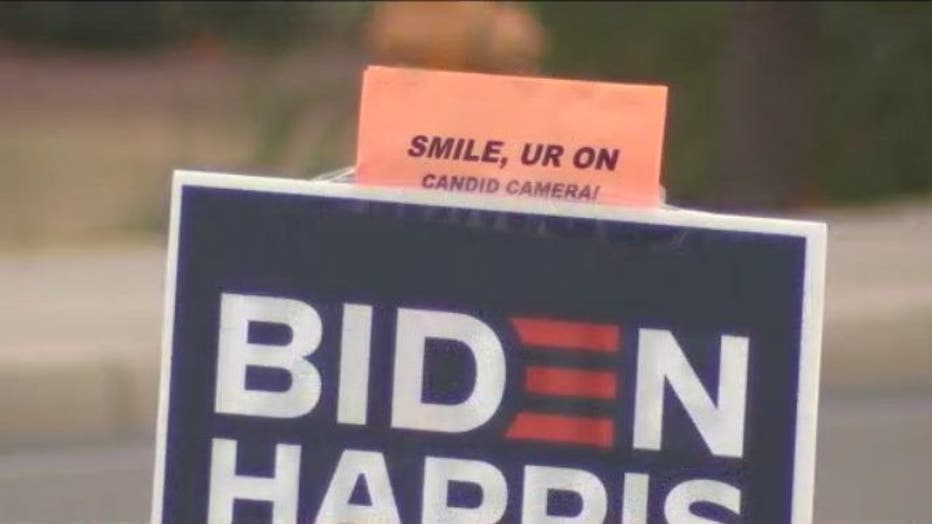 As for Loomis, he says a neighbor surprised him and replaced the Trump sign, which is now hanging on his door.

"It was a good feeling that there are good people in this neighborhood," said Loomis, who also had a message to whoever stole his original sign.

"You think it’s going to change my vote. Is it going to scare me? No way. It makes me feel stronger."