PHOENIX - Temperatures soared into the high 90s on April 4, almost reaching 100°, but this heat has caused a number of issues for people celebrating the Easter holiday, including a brush fire at a Phoenix shooting range.

Fire Department officials say the blaze started when a ricocheted bullet sparked what started out as a small fire in the grass. 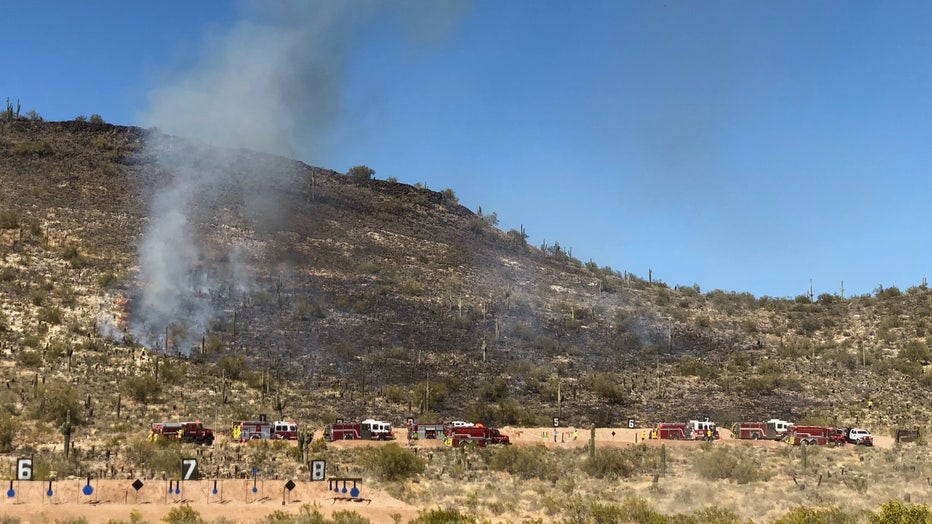 Crews safely extinguished a brush fire behind the Ben Avery shooting range near the I-17 and Carefree Hwy on April 4, 2021. (Phoenix Fire Dept.)

One acre caught fire at first, but it spread rapidly and by the end, five acres of land was on fire.

This all happened at the Ben Avery Shooting range near Interstate 17 and Carefree Highway on Sunday at around 2 p.m.

None of the structures burned, but the heat and wind did not help matters. Firefighters say we are now officially in wildfire season.

"It warmed up very quickly. We were in the 80s last week, now we are pushing 90°, 100°, so wildfire season is upon us. Definitely something we need to be mindful of. We need to understand these temperatures, make these fires burn quickly. It's windy today, which didn't help. People need to stay alert. Don't become complacent and keep their head on a swivel when they are out in the desert," said Captain Scott Douglas of the Phoenix Fire Department.

"In total approximately 5 acres of grass and small shrubbery burned but due to the quick actions of the firefighters no structures were lost. Fast moving winds, low humidity with high temperatures are the perfect recipe for these fires." 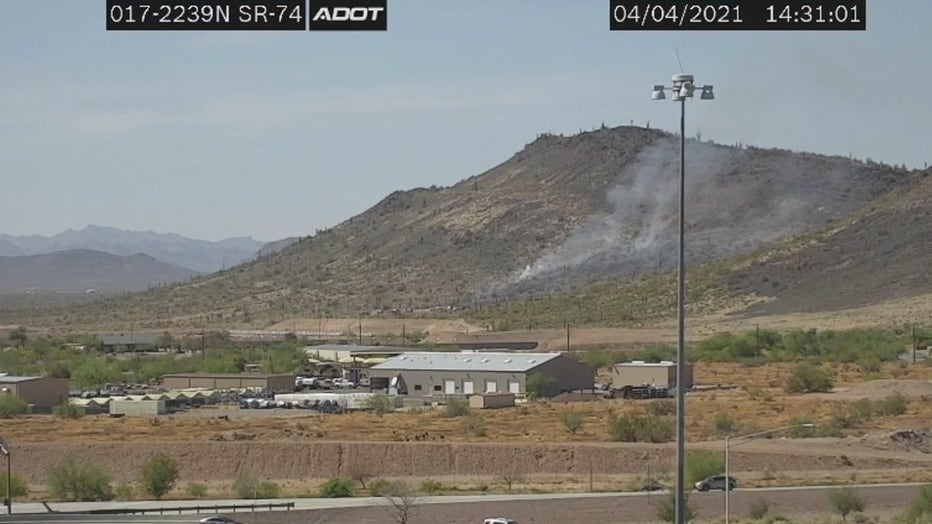 PFD crews also responded to a mountain rescue in north Phoenix. In that case, a 27-year-old woman became overheated. She was rescued and is expected to be alright.

In all these situations, officials are asking people to be cautious of the heat. If you're hiking, take water and make sure your phone is charged so in case of a rescue situation, they can find you.

2,000-acre wildfire burning along Gila River near I-8 and Dateland

The "Gila Fire" sparked Friday afternoon on private land along the Gila River and was originally reported as a 10 to 15-acre fire.