The Swedish singer passed away Monday morning after a years-long battle with cancer, her management company said.

LONDON - Roxette singer Marie Fredriksson has died after a years-long battle with cancer. She was 61.

Her management company said in a statement that the Swedish singer passed away Monday morning “following a 17-year long battle with cancer.” She was diagnosed with a severe brain tumor in 2002, according to the statement.

"You were an outstanding musician, a master of the voice, an amazing performer," her bandmate, Per Gessle, said. "Thanks for painting my black and white songs in the most beautiful colours. You were the most wonderful friend for over 40 years." 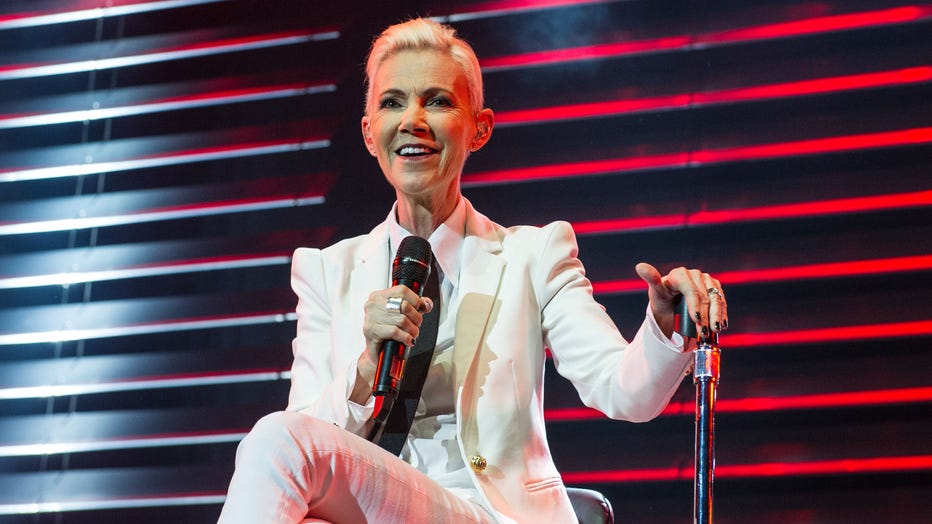 Marie Fredriksson of Roxette performs at The O2 Arena on July 13, 2015 in London, England. (Photo by Brian Rasic/WireImage)

The pair met in Halmstad and teamed up in 1986 to form Roxette. The pop rock duo later rose to international fame with several UK Top 40 hits and U.S. Hot 100 hits, including "The Look," "Listen to Your Heart," "It Must Have Been Love" and "Joyride."

“(Fredriksson) owned the stage, commanded the band and had the audience in the palm of her hand,” the statement said. “As great as she was in the studio, the stage was her natural habitat. This unique artistry and energy helped to create a lasting bond between her and millions of passionate fans around the globe.”

After her 2002 diagnosis, Fredriksson received an “aggressive treatment that took its toll but ultimately was successful,” the statement said. By 2009, the singer was able to start a gradual return to the stage and took part in several new albums and tours.

“During the comeback years Marie was an amazing trooper, overcoming the many rigors of touring in order to meet her fans on stage again and again,” the statement said. “But by 2016, the show was finally over when Marie’s doctors advised her to stop touring and focus on her health.”

Fredriksson leaves behind husband, Mikael Bolyos, and her two children, Josefin and Oscar.