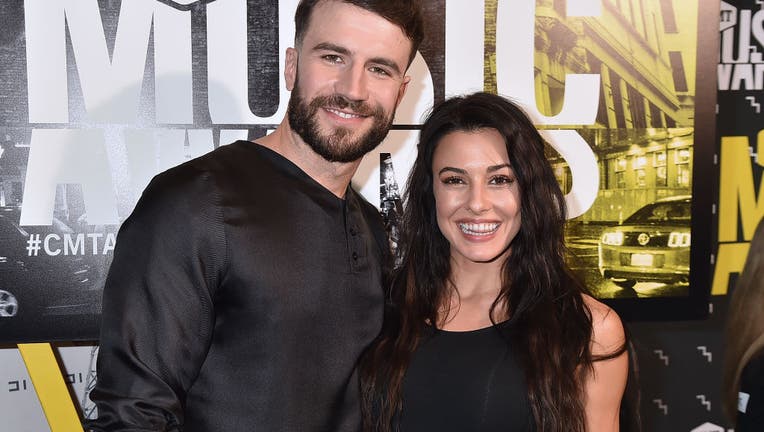 Sam Hunt's wife Hannah Fowler has filed for divorce from the country music star ahead of the arrival of the couple's first child, according to reports.

Fowler and Hunt had not publicly announced that they were expecting a child, but Fowler indicated she was pregnant in the court documents. Fowler is requesting alimony, child support and primary custody of the child.

"The husband is guilty of such cruel and inhuman treatment or conduct toward the spouse as renders cohabitation unsafe or improper," the court documents said.

Representatives for Hunt did not immediately respond to Fox News Digital's request for comment.

Hunt admitted the two had begun to "seriously" talk about having kids during an interview in July.

"We've been talking about it for a while, but we've really started thinking about it seriously here these past few months, so that's on the agenda right now," the "Body Like a Back Road" singer told KISS Country 99.9 Miami's "TC & Dina" radio show.

"And I'm hoping that we'll have some good news sooner rather than later."

Hunt and Fowler have been married since 2017, but dated on and off for over a decade, according to People magazine.

The two first began dating in 2008 and Hunt named his 2014 album "Montevallo" after Fowler's hometown, the outlet reported.

Hunt's single "Drinkin' Too Much," included in the "Southside" album, detailed his relationship with Fowler.

In August, Hunt pleaded guilty to misdemeanor DUI charges stemming from a 2019 incident, the Tennessean reported.

Hunt was arrested in 2019 and charged with driving under the influence and violating open container law. An arrest warrant said officers found Hunt swerving between lanes and pulled him over. He later apologized, saying he made the "poor and selfish" decision to drive himself home after a friend’s show in Nashville.

Under the plea agreement, his jail sentence of 11 months and 29 days was suspended except for 48 hours, which he agreed to serve at the DUI Education Centers, an alternative sentencing facility. He also had to complete an alcohol safety course and lost his license for a year.