Gas tanker rolls over on Loop 202 in Chandler

The driver was pulled out of the truck and suffered minor injuries.

CHANDLER, Ariz. - A semi-truck rollover crash blocked multiple lanes on the eastbound Loop 202 near Dobson Road in Chandler, according to the Arizona Dept. of Transportation.

Officials say the driver was pulled out of the truck with minor injuries, and crews are working to move the tanker.

Hazmat crews are also at the scene working to clean up any fuel that spilled from the semi.

The westbound HOV lane on the Loop 202 is also blocked near the Loop 101 due to the crash.

SkyFOX was over the scene of a rollover crash involving a semi on the Loop 202 in Chandler. 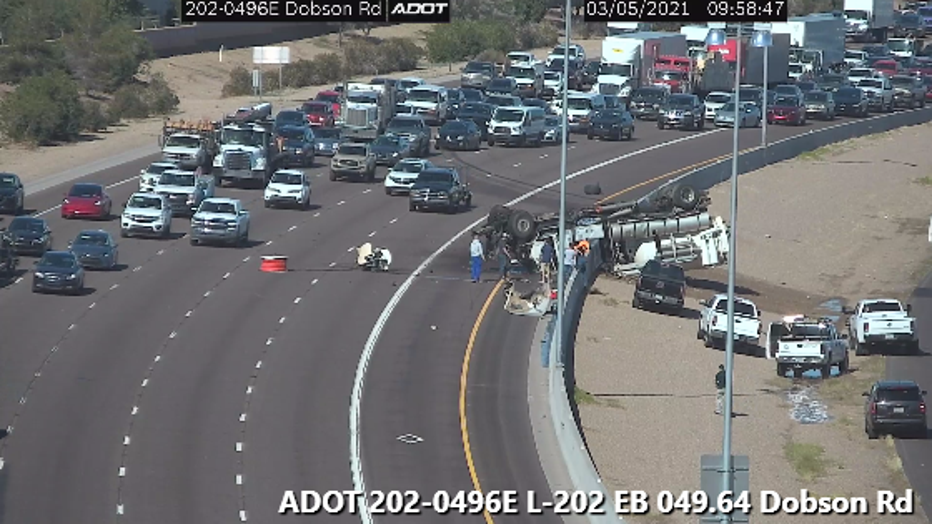 A semi has rolled over on the Loop 202 in Chandler.