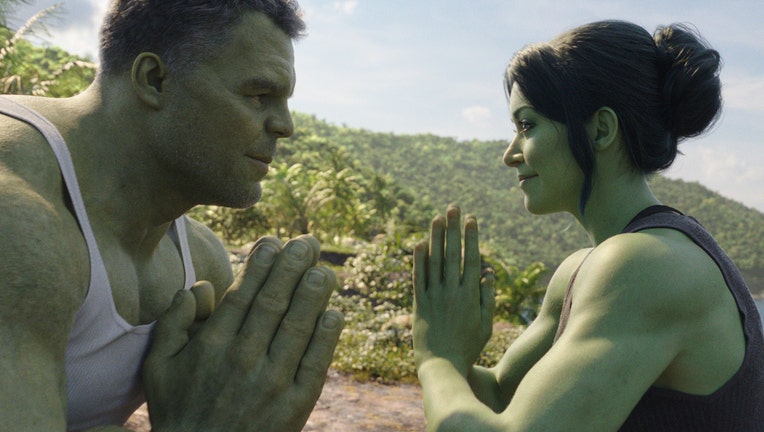 Chicago - Thursdays are looking a little green on Disney+. The new Marvel series "She-Hulk: Attorney at Law" hits the streamer this week, and unlike past Disney+ Marvel shows, this one is a half-hour workplace comedy.

The meta series follows Jennifer Walters (Tatiana Maslany), an ambitious, idealistic lawyer who’s the cousin of Bruce Banner a.k.a. the Hulk (recurring guest star Mark Ruffalo). Through an unlucky accident, Jennifer winds up getting a version of Bruce’s powers. Only instead of losing her cool when she transforms, Jen is able to maintain her same personality whether she’s a 5’4" human or a 6’7" green body builder.

Like most of Marvel’s Disney+ shows, "She-Hulk" is designed so that new viewers can jump right in – it’ll catch you up on anything you need to know about the MCU. But if you’re looking to do a little Marvel rewatching before the series premieres, here’s what we’d recommend based on the first four episodes of "She-Hulk" screened for critics. (And never fear — beyond some highly publicized additions to the cast, we're not getting into the story of "She-Hulk," so you're safe from spoilers.) 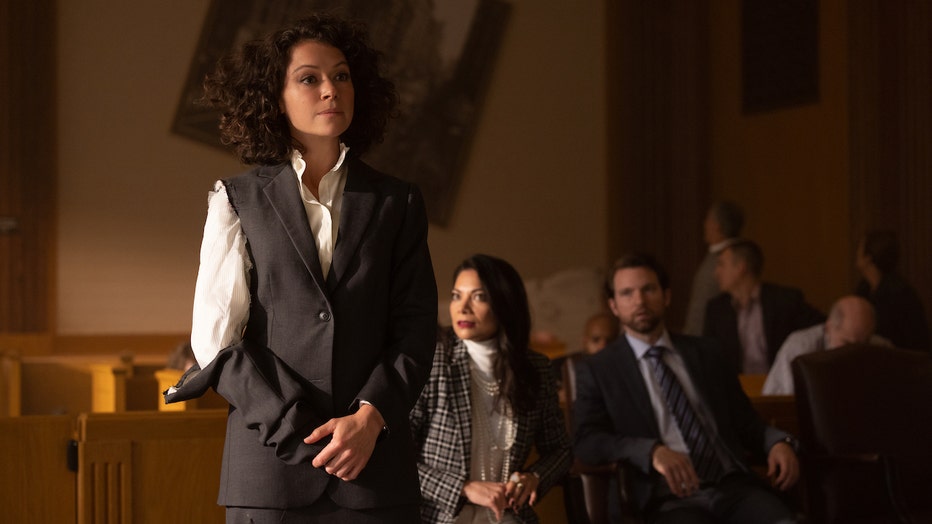 Unlike "The Falcon and the Winter Soldier" and "Hawkeye," "She-Hulk" isn’t too concerned about the five-year period where Thanos snapped away half of the world’s population (a.k.a. the Blip). But the show’s premiere does pick up on Bruce’s emotional arc from where we last saw him in "Endgame."

Naturally, he’s still mourning the loss of his friend/fellow science bro Tony Stark (Robert Downey Jr.), as well as grappling with the fact that he’s one of the few original Avengers still operating as a superhero. "She-Hulk" also fills in some gaps on how Bruce managed to integrate the two halves of his personality into "Smart Hulk" during the Blip.

Again, the show reminds you of the most important details you need to remember. But to get the most out of Bruce’s guest role on the series, it might be worth revisiting his storyline in "Endgame." 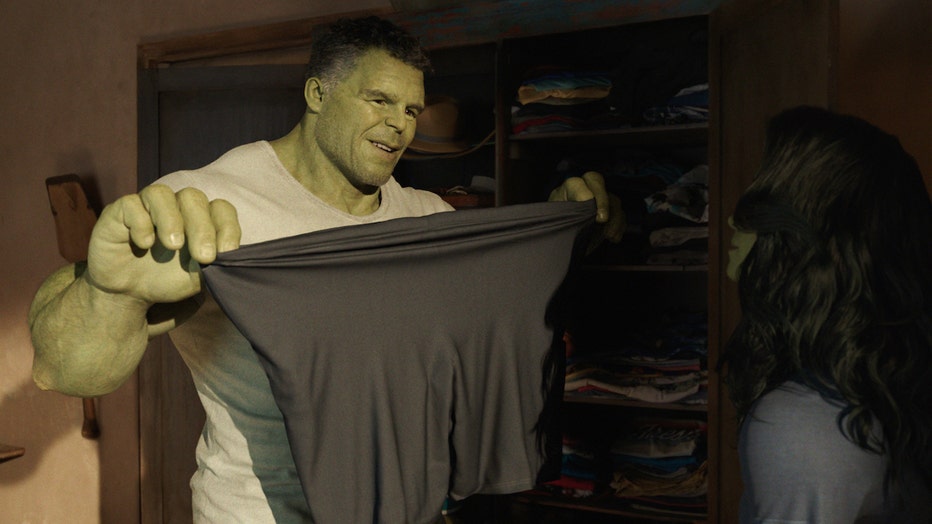 In fact, if you really want to revisit where we last saw Bruce, that would be in the mid-credits scene of "Shang-Chi and the Legend of the Ten Rings" where he was called to consult on the origins of the titular rings.

Notably, that sequence saw Bruce back in human form but still nursing his injured arm from using the Infinity Gauntlet in "Endgame" — a thread that "She-Hulk" briefly touches on.

But that’s not the only reason to revisit this Phase Four film. In fact, "Shang-Chi" is actually weirdly crucial to the early episodes of "She-Hulk" as the show picks up on a brief scene that saw Wong (Benedict Wong) square off with a hulking creature called the Abomination in an underground fight club in Macau.

Speaking of the Abomination, if you want to remember his whole deal, you’ll have to go all the way back to the second-ever MCU movie, 2008’s "The Incredible Hulk," in which Edward Norton played Bruce Banner. Given the casting change and the movie’s lackluster reception, it seemed like Marvel had basically disowned this early installment of its shared universe. (It’s currently streaming on HBO Max, rather than Disney+.) 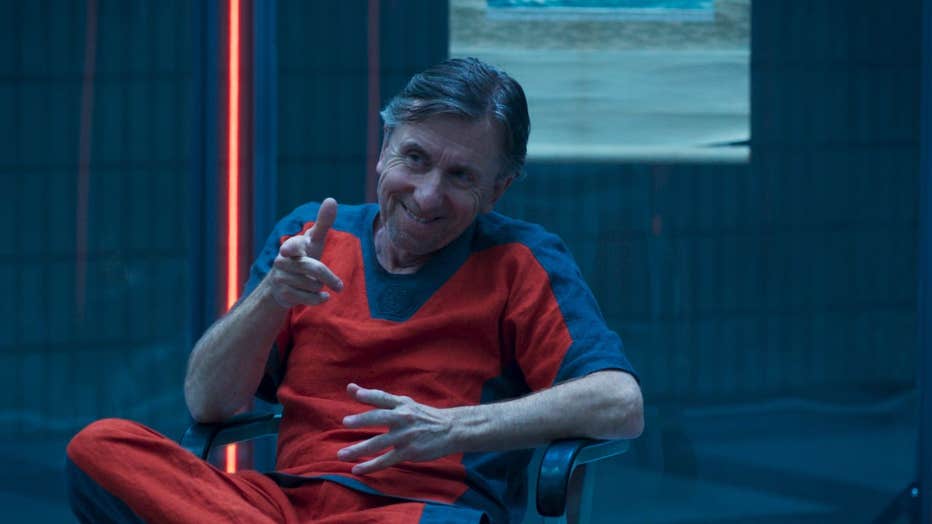 But the studio has been slowly reclaiming supporting players from the film over the years, starting with William Hurt’s General Thaddeus "Thunderbolt" Ross in "Captain America: Civil War." Now comes the return of Tim Roth’s Emil Blonsky a.k.a. the Abomination – a Russian-born, British-raised Royal Marine who injected himself with various supersoldier serums in an attempt to become as strong as the Hulk.

WATCH FREE ON TUBI: Tim Roth in "Planet of the Apes"

To be fair, all you really need to remember is that "The Incredible Hulk" ended with the Abomination getting arrested by the military. Even Roth has admitted that the show’s more comedic take on Blonksy isn’t particularly similar to the one he originally portrayed. ("For Blonsky in this series, they took the character in a very different direction," the actor explained. "So, in a sense it didn’t feel my job was to reprise the character. It was to find a new version of the character and play around in that.")

Still, if you’re a completist, you can revisit the character’s intro – and his climactic battle with the Hulk – in this film.

While blind lawyer Matt Murdock a.k.a. Daredevil (Charlie Cox) doesn’t pop up in the first four episodes of "She-Hulk" screened for critics, the show’s trailers have revealed he’ll make an appearance at some point in the series.

In fact, between a splashy cameo in "Spider-Man: No Way Home" and the announcement of his own Disney+ seriesslated for 2024, Mr. Murdock is having quite the Marvel moment. And while it remains to be seen exactly how the character will be integrated into the current MCU canon, you can revisit his initial origins in this TV-MA series, which originally debuted on Netflix but now streams on Disney+.

Binge while you wait: "Firefly," streaming free on Tubi

Firefly (2002): Need a cult classic sci-fi series you can cross off your list in just 14 episodes? Then look no further than "Firefly," Joss Whedon’s space western follow-up to "Buffy the Vampire Slayer." Though "Firefly" was cancelled after just one season, its impact still looms large in the sci-fi canon. (It even got a big-screen continuation five years later.) Set aboard the spaceship Serenity, "Firefly" combines the gritty tangibility of the "Star Wars" universe with the sweet workplace family dynamics of "Star Trek," all filtered through Whedon’s unique comedic voice. So pour yourself a glass of Mudder's Milk and enjoy. Rated TV-14. One season, 14 episodes. Featuring: Nathan Fillion, Gina Torres, Alan Tudyk, Morena Baccarin, Adam Baldwin, Jewel Staite, Sean Maher, Summer Glau.

"Firefly" is streaming free on Tubi — get the app

How to watch "She-Hulk: Attorney at Law"