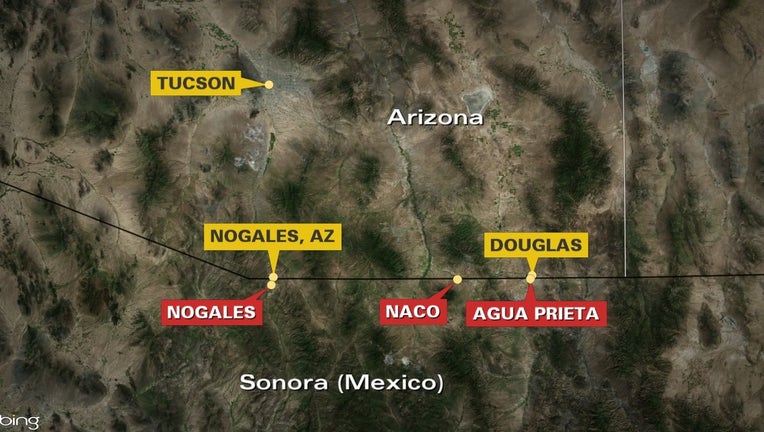 COCHISE COUNTY, Ariz. (FOX 10) -- Officials with the Cochise County Sheriff's Office are warning the public of what they described as "significant violence" occurring in three towns in Mexico's Sonora state.

In a post made to the department's unverified Facebook page Monday night, officials said they have been advised of significant violence occurring in the cities of Agua Prieta, Naco, and Nogales.

The violence, according to sheriff's officials, is reportedly being waged between two cartel factions, and the death toll, as of Monday night, is 10, citing unofficial reports.

In a travel advisory, State Department officials have asked Americans to reconsider their travel plans to the state due to crime. The advisory said while Sonora is a key location used by the international drug trade and human trafficking networks, the northern part of the state experiences much lower levels of crime than cities closer to the Sinaloa state and other parts of Mexico.

Cochise County is located in the southeastern part of Arizona, and borders Mexico's Sonora state.