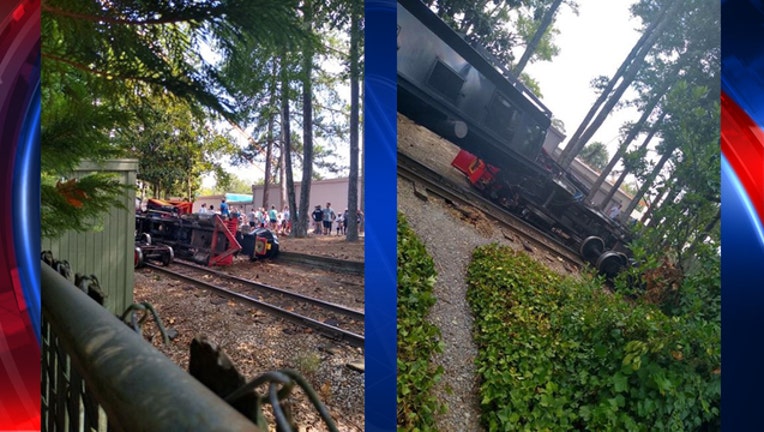 AUSTELL, Ga. - A train at Six Flags Over Georgia has been closed for inspection after its engine derailed with passengers still on board Saturday afternoon.

Witnesses told FOX 5 the train was crossing a bridge when they heard a loud boom. The engine then ran off the tracks and tipped over.

The train was evacuated, at which time six guests asked to be evaluated.

Officials say no guests were injured in the derailment.

"The safety of our guests and employees remains our highest priority,” the Six Flags spokesperson told FOX 5.

The train will remain closed until it is fully inspected.