PHOENIX - Phoenix has seen over a dozen consecutive days of protests where thousands of people have marched through the streets demanding change.

But after thousands of demonstrators gather every night, trash is left behind.

Aaliyah Jones from State Farm says the company is encouraging its employees to take some time after each march to help clean up the streets during the workday. 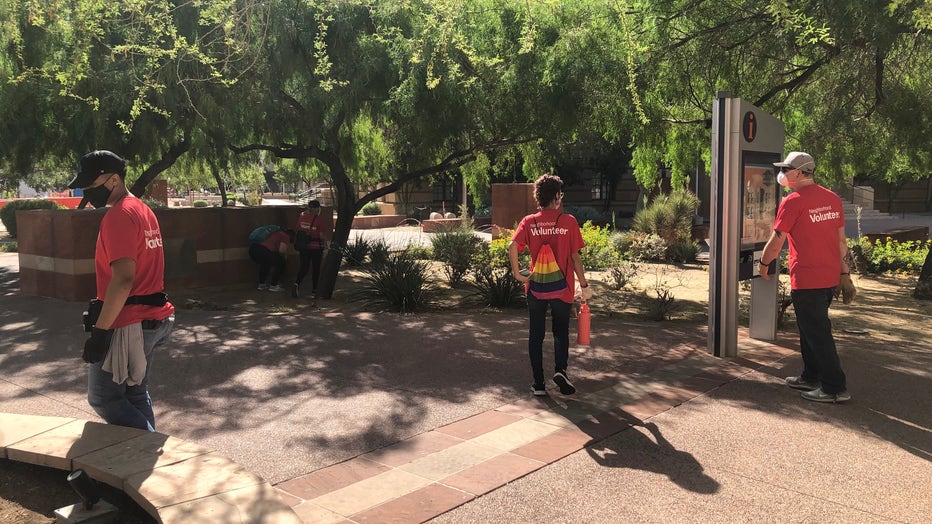 "We picked up water bottles, trash, signs -- anything that we could find on the ground we picked up, even if it wasn't a big item," she said.

Each morning, a group of the workers start the clean up at city hall and follow the route that the protesters march.

"We each had a large trash bag, so we were able to fill those up. We actually follow the walk that protesters do at night time," Jones said.

The team is ready to clean up again when and where they are needed, Jones says. It's a team-building exercise for the company, while also giving back.