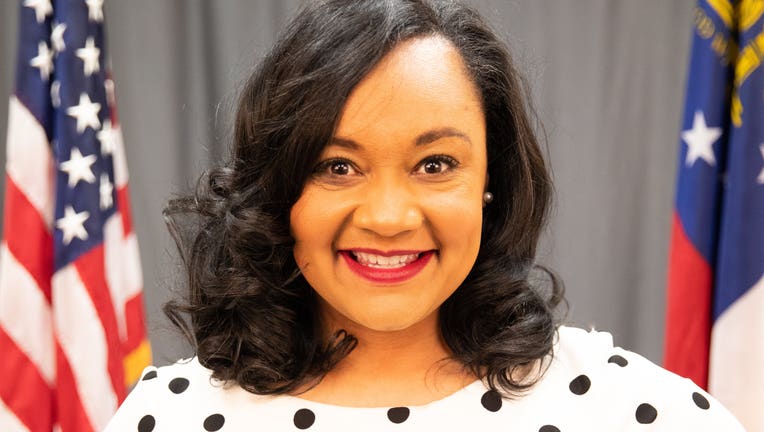 Williams, who is the current senator for District 39, received an overwhelming majority of the votes to replace Lewis from the party's executive committee Monday afternoon.

"For me, Congressmen Lewis was a personal hero, friend and mentor," Williams told the executive committee.  "My entire political life I've considered myself a student of the John Lewis school of politics.  I studied Congressman Lewis' work closely and practiced the art of getting into 'good trouble.'"

SEE ALSO: Who will fill the shoes of Congressman John Lewis?

Williams will face Republican Angela Stanton-King in November. Stanton-King is a reality TV personality and was pardoned earlier this year by President Donald Trump for her role in a stolen car ring, after serving six months of home confinement in 2007.

In 2018, Williams was arrested by Capitol Police during a protest in the Gold Dome over that year's gubernatorial election.

After testing positive for COVID-19 in March, she was critical of Kemp's handling of the state's coronavirus pandemic, particularly criticizing his decision to allow businesses to re-open in April.

Friends of John Lewis said the civil rights pioneer always remained determined and courageous, even in his last days.

Lewis won more than 84% of the vote when he last faced a Republican opponent in the district in 2016.

The seat will remain empty until Georgia Gov. Brian Kemp schedules a special election. The Republican governor has given no indication when he will hold an election with just over six months left in Lewis’ term.

Lewis, 80, died Friday, several months after he was diagnosed with advanced pancreatic cancer. Funeral plans have not been announced. Kemp declared flags in Georgia will be at half-staff until sunset of the day of Lewis’ funeral.