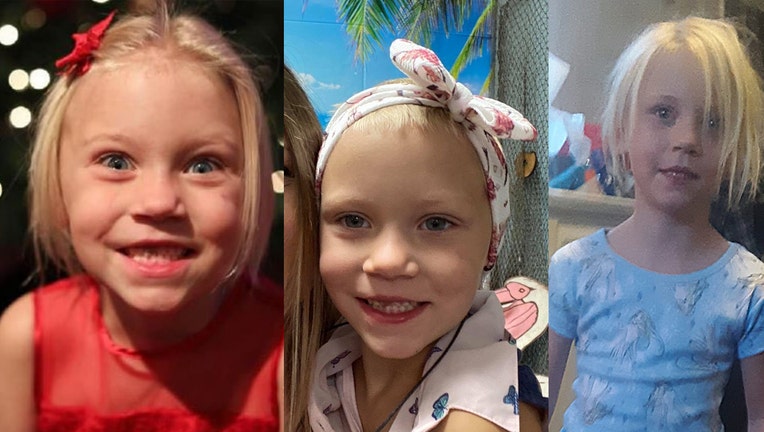 HAWKINS COUNTY, Tenn. - It has been just over a year since Summer Moon-Utah Wells was last seen in a northeast Tennessee community. Her family marked the grim anniversary by releasing an open letter to the now 6-year-old girl as investigators said they are not giving up the search.

Summer was last seen around 6:30 p.m. on June 15, 2021, at her family home located along Ben Hill Road in the Beech Creek community of Hawkins County, Tennessee. Her family said she was headed down to the basement to play with her toys. Her father, Don Well, believed she was taken by someone. That prompted an Amber Alert to be issued for her the next day.

Candus Bly Wells posted her memory of the heart-wrenching moments she realized her daughter was gone. It was posted to the family’s blog findsummerwells.com. It reads:

"We come home. And then me and my mom – the boys were in watching Youtube like they always do – my mom says, ‘let’s re-arrange and plant the flowers.’ She goes, ‘Well, we know the boys aren’t going to help us. I know Summer will.’ So, I yelled for Summer. She was in the house with the boys. She comes out and she was planting flowers with us.

"The flowers were put in planters next to Grandma Candy’s camper, with Summer handling some of the tasks.

"I watched her go in the door and I could see her brothers at the kitchen table. When she went in, I walked over and yelled at the boys, I said, ‘Watch Summer. I’ll be right back. I’ve got to fix Mom’s knee brace.’ I was standing right there (at the camper). I was over there fixing it. Literally, you can see my house from the (camper) door. She did not walk back out that front door.

"Before the cops even came out, I went down and told my neighbors, ‘Summer is missing, will you help me look?’ just in case she did wander off. But I knew in the back of my mind, she’s never wandered off. She never went nowhere without me. She’ll ask me to do something before she even goes and does it. And she’s scared to go in the woods herself because we’ve told her time and time (again) because of the bears and snakes.

"Then I went all the way back in the holler as far as the truck can go and I didn’t see nothing back in there, either. When I was coming back up out of the holler, the cops were coming up in my driveway. So, I just followed them up in here. I don’t recall if (Don) was here before the police got here or if he was here at the same time they showed up.

"We searched everywhere we could possibly search. They were out here for three or four days straight searching 5,000 square (acres). They searched all this mountain terrain all the way down through here.

"They smile to put on a good show, but other than that, I know they’re really upset. They ask me every day, ‘Is Summer coming home today?’ I can’t answer that. I don’t know. I find myself sitting out her until midnight or one o’clock at night just hoping maybe that whoever took her or whatever happened, she’ll come wandering back up the driveway to us."

Summer’s father, who is currently in jail on charges not related to her disappearance, said he has had a lot of time to think, reflect, and read the bible. He wrote a letter to his young daughter adding he hasn’t given up hope.

"Since you’ve been gone, I’ve been completely devastated. I looked everywhere for you, my beautiful girl! I thought YouTube would be the most powerful tool to help find you, and perhaps it still could be, but at a price we may not be able to afford, our family may not survive! I’m sorry, my beautiful girl, that I completely lost my mind! With so many thoughts of people hurting you and I know you want to come home, and there’s nothing I can do; I’m powerless! So, I ask God please look over my precious daughter. We love her so much! We wish God you will return her to us as well as the boys. I would be so happy to be a family again!"

Search for Summer Wells ‘very much active and ongoing’

During a press conference on Wednesday, Hawkins County Sheriff Ronnie Lawson and Tennessee Bureau of Investigation spokesperson Leslie Earhart gave an update on the case after a year. They reflected on the early days of the case.

Earhart said the day after Summer disappeared, the TBI issued an Amber Alert. She said investigators had hoped to have good news within 24 hours of that alert.

"Instead, day after day ended in frustration and disappointment," said Earhart. "At that time, no one expected that we would still be searching for summer one year later."

She said this case has been well outside the norm with limited clues and all possibilities still being explored.

Thousands of man-hours have gone into the case so far. More than 100 TBI agents, analysts, and experts have combed over digital evidence, physical evidence obtained through search warrants, and social media accounts. They also have conducted three major large-scale ground searches and numerous targeted ground searches.

More than 170 formal interviews have been conducted with countless follow-up calls and emails.

Authorities have sifted through thousands of tips, but said investigators have been bogged down with false leads generated by online speculation and people profiting on Summer disappearance. She said some have even been soliciting donations for her and the family that have never reached them.

Earhart said she knows there are a substantial amount of people across the country who care deeply about Summer and her disappearance, but ask people not to call in tips based on YouTube videos or social media speculation.

"No one wants answers more than we do," she said.

Sheriff Lawson said this is the biggest investigation in the county’s history and it has weighed heavily on everyone.

"It’s heartbreaking to me, my law enforcement officers and the community," he said. "We’ve never stopped."

The sheriff said he will continue to follow up on all creditable leads and conduct targeted searches where appropriate, all to find Summer.

"We’ve never stopped we’ve never slowed down. We deal with it everyday," he said. "We haven’t stopped."

The sheriff said they have not ruled out a walk off, abduction, or other foul means in connection to her disappearance.

Summer is described by investigators as being 3-feet tall, weighing about 40 pounds, with blonde hair, and blue eyes. She was last seen wearing gray pants and a pink shirt. She is believed to be barefoot and her hair is now shorter than photos released by the TBI.

Anyone who sees Summer is asked to call 911 immediately. Anyone with any information about her whereabouts is asked to call the TBI at 1-800-TBI-FIND or the Hawkins County Sheriff's Office at 423-272-7121.

This story is being reported out of Atlanta