PD: Suspect accused of attacking 2 people and shooting a man to death is arrested

The suspect has been identified by police as Gabriel Gutierrez.

AVONDALE, Ariz. - A man has been arrested in connection to a deadly shooting in Avondale and the brutal attack and robbery of a landscaper.

Avondale police say Gabriel Gutierrez was arrested on Feb. 9 in connection to the murder of 24-year-old James Archuleta on Feb. 7.

"We heard a 'pop pop pop,' and we thought it was a backfire from a car, and we looked over at IHOP and I heard eight more shots," said witness Jonathan Price.

Archuleta was found shot near Dysart Road and Cold Water Plaza. He was taken to a hospital where he later died.

"Polo" works as a landscaper and was brutally attacked while working at an Avondale apartment complex.

Gutierrez is also accused of beating his ex-girlfriend before tying her up and lighting her home on fire. The ex-girlfriend managed to escape with the help of neighbors, and the victim later told detectives Gutierrez became agitated after she pointed out his car was shown as the suspect vehicle in a FOX 10 news report about the deadly shooting in Avondale.

Gutierrez was tracked down by Phoenix Police on Feb. 9 as he left a reservation casino. Detectives said he admitted to the shooting and robbery. Gutierrez also told investigators he attacked his ex-girlfriend because he thought she would call police.

According to court documents, following his arrest, Gutierrez managed to unlock the handcuffs and ran out of the interview room at the Phoenix Police headquarters before being stopped quickly.

Meanwhile, records from the Department of Corrections, Gutierrez served time in prison, and he has prior convictions including aggravated domestic violence, assault, and burglary.

Gutierrez's bond has been set at $1 million. 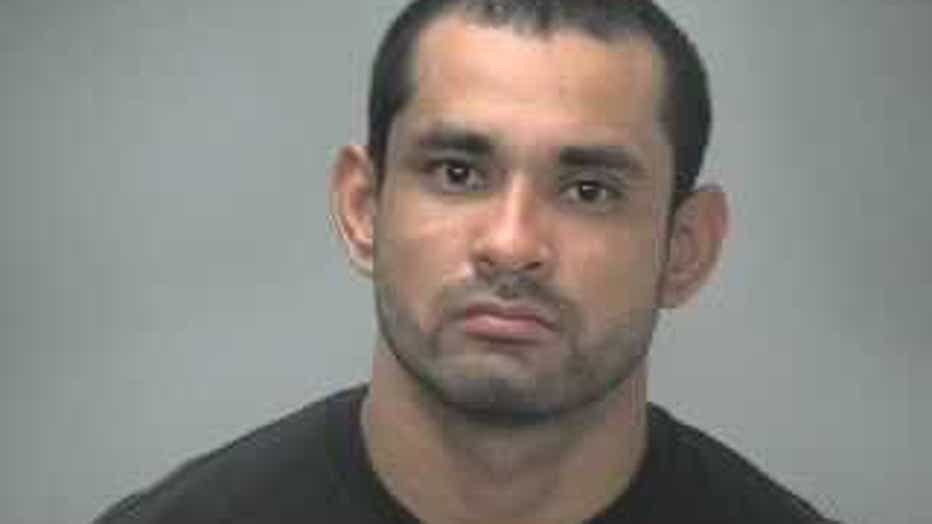