Suspect who stole van in Tempe arrested after I-17 pursuit ends in crash, police say

TEMPE, Ariz. - A man who Tempe Police say stole a van Monday afternoon was arrested following a pursuit that ended in a crash on Interstate 17.

The unidentified suspect stole an unoccupied running van in downtown Tempe around 1 p.m. near 3rd Street and Mill Avenue.

Shortly after, a pursuit began on I-17 to catch the suspect.

"An alert was sent out to surrounding law enforcement agencies and the van was located by DPS troopers on the I-17 freeway shortly after," Tempe Police said. "Thanks to the assistance from DPS troopers the vehicle and the suspect were apprehended and taken into custody at I-17 and Thunderbird." 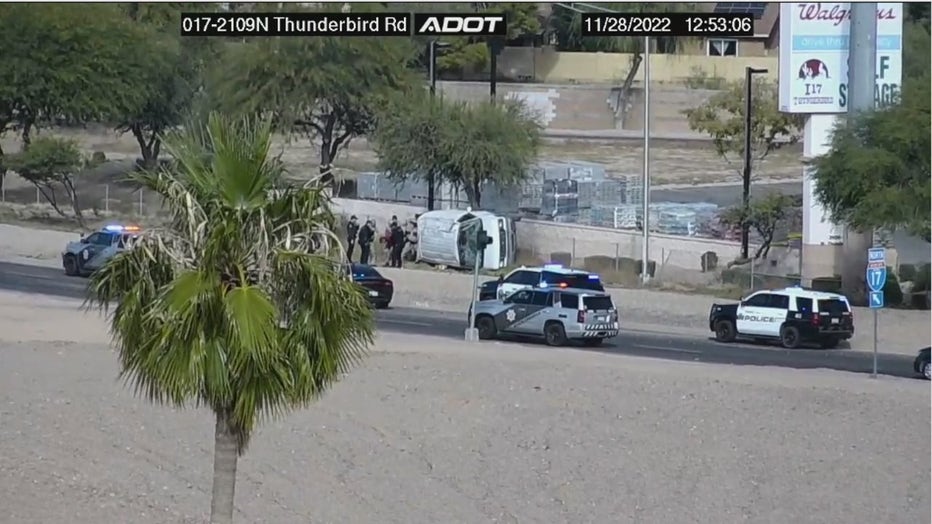