Police released surveillance video from an armed robbery in west Phoenix near 75th Ave. and Thomas Rd. -- see if you recognize the suspect.

PHOENIX - Phoenix police are looking for help identifying a man accused of armed robbery at a store near 75th Avenue and Thomas Road.

The suspect reportedly visited the Curacao store in west Phoenix and stole multiple pieces of jewelry from a display counter.

"While the suspect was fleeing, he raised his hand towards an employee simulating a weapon," police said in a statement.

He was described as a 5'9", 180-pound Hispanic male in his late 20s. He reportedly has tattoos on his arms and neck, and he was seen wearing a black hat and green camo sweater. 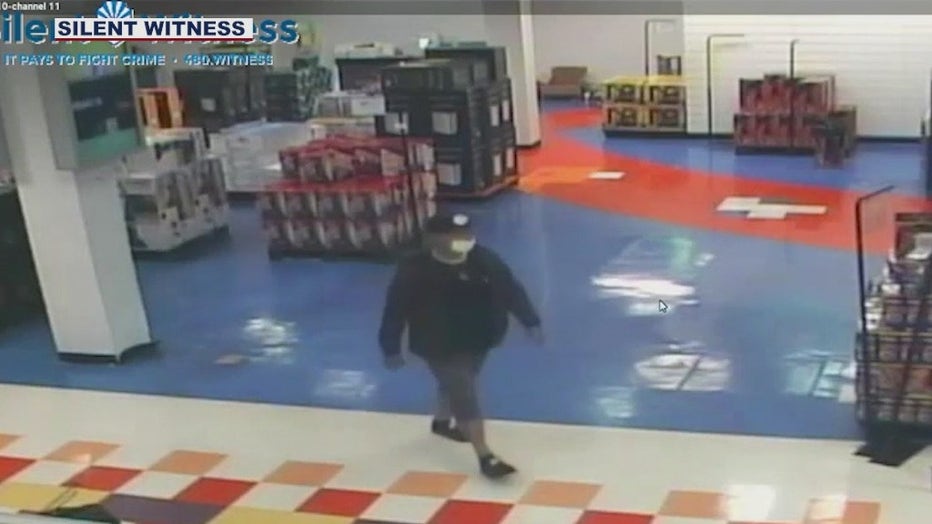