LARGO, Fla. - The smiling 'lectern guy' seen in a now-viral photo taken during this week’s invasion of the U.S. Capitol has been arrested in Pinellas County, records show.

Adam Johnson of Parrish is being held on a warrant issued by the U.S. Marshal’s Office. The 36-year-old was booked into jail just after 9 p.m. Friday night.

Johnson has been charged with one count of knowingly entering or remaining in any restricted building or grounds without lawful authority; one count of theft of government property; and one count of violent entry and disorderly conduct on Capitol grounds. 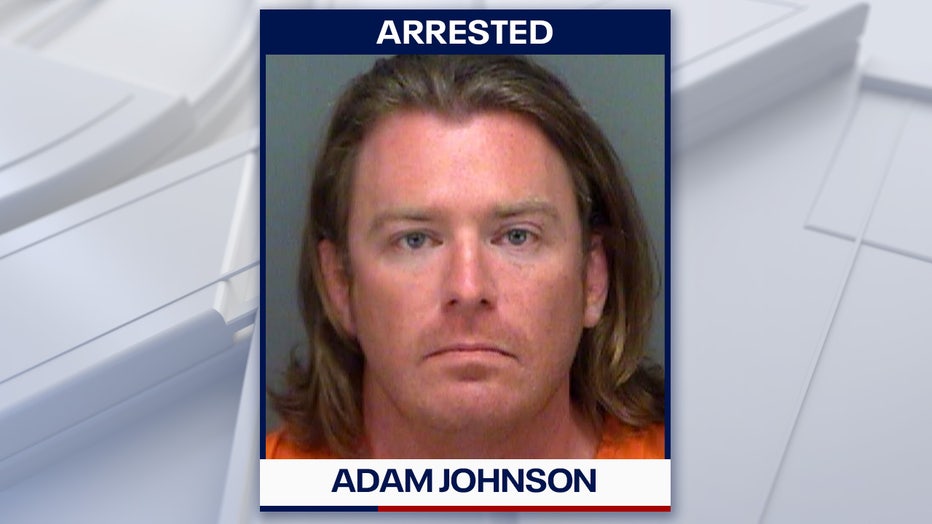 According to the U.S. Department of Justice, Johnson allegedly entered the United States Capitol illegally and removed the Speaker of the House’s lectern from where it had been stored on the House side of the Capitol building. A search of open sources led law enforcement to Johnson, who is allegedly seen in a widely circulated photo inside the Capitol carrying the lectern.

The man seen toting Nancy Pelosi’s lectern during the riot was mistakenly identified by some social media users as "Via Getty," based on a misinterpretation of the photo caption -- but a former parishioner from his church told FOX 13 that she immediately knew who it was.

"I instantly recognized him, so it's kind of like, 'What are the odds?'" Alex Noon said Thursday. "I just wanted to make sure people knew who he was so that he could be held accountable." 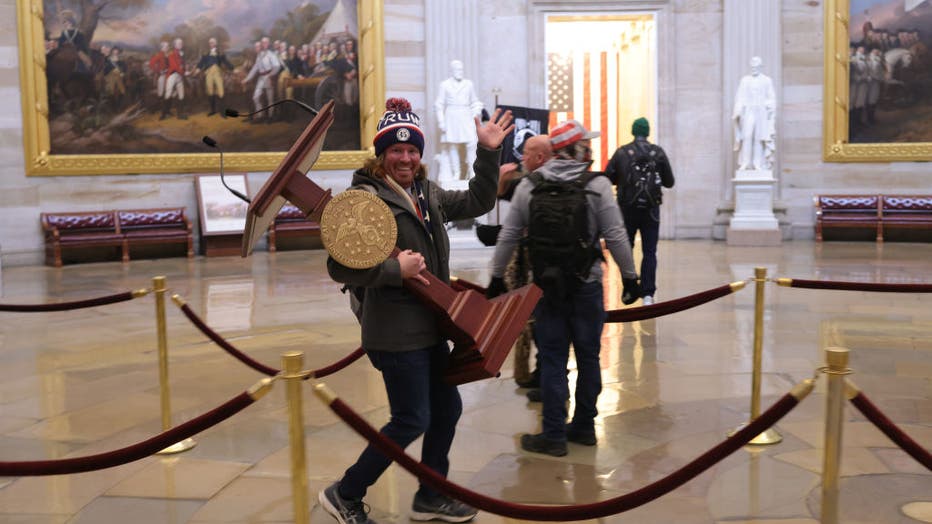 Johnson also appeared to document his trip to the nation's capital, posting photos on Facebook before his account was shut down. 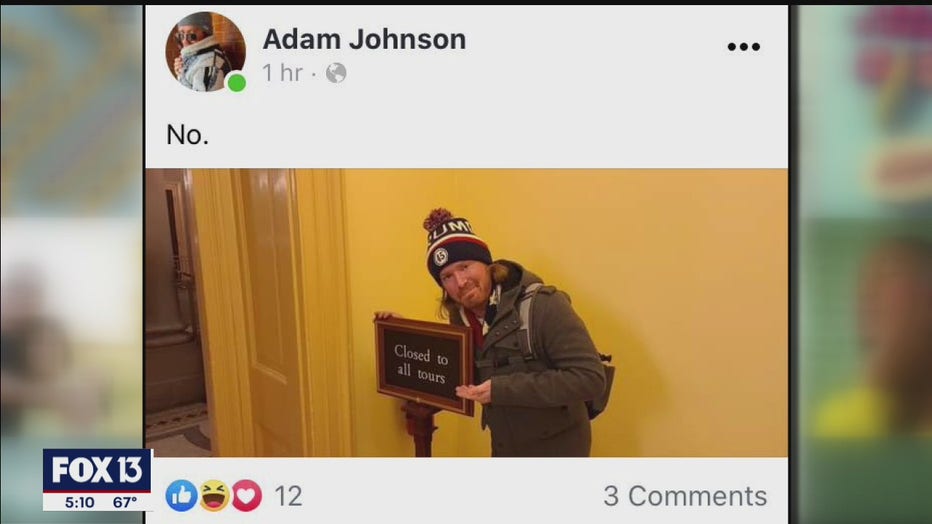 The circumstances around the Manatee County man's Pinellas arrest were not immediately clear. However, other suspects – including the man seen sitting at Nancy Pelosi’s desk – have been charged with crimes including knowingly entering or remaining in any restricted building or grounds without lawful entry; violent entry and disorderly conduct on Capitol grounds; and theft of public money, property, or records.

At least six Floridians are facing charges connected to the deadly riot, including a man from Riverview.