PHOENIX - The Arizona Department of Public Safety is investigating a fatal crash that happened on the Stack interchange connecting Interstates 10 and 17, west of downtown Phoenix near 19th Avenue and McDowell Road.

DPS Sgt. Jacob Melki said just after 1 a.m. on Sept. 24, they received 911 calls about a sport utility vehicle that fell down from the ramp onto I-17.

Within a few minutes, troopers arrived at the scene and found a vehicle on the I-17 and McDowell Road on-ramp.

"It was overturned and apparent that it did possibly come from the overpass, and we later confirmed that it did," said Melki.

"Three occupants located in and around the vehicle. One was ejected, and two were inside. It was one female and two males …" he added.

Major Raines, 55, of Phoenix died in the crash. A 49-year-old man is in extremely critical condition.

What led up to the crash has not been determined.

"The reason we don't know at the moment, but we are investigating it.. possibly could have speed involved. We have also not ruled out impairment," said Melki.

The SUV fell 85 feet to the ground and landed on its roof.

A 33-year-old woman was hospitalized and is expected to be OK. DPS says she's facing charges once she leaves the hospital. 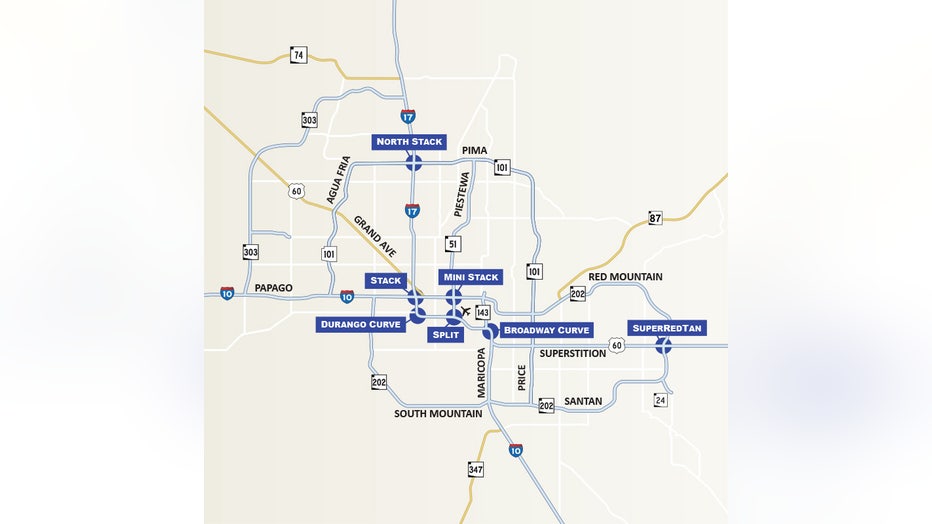