SYDNEY - A swimmer off of Sydney's Little Bay Beach in Australia died on Wednesday after suffering "catastrophic injuries" from a great white shark — the first fatal shark attack in the area since 1963.

The attack was reported at about 4:35 p.m. local time near Buchan Point, Malabar, where Little Bay Beach is located, according to a statement from New South Wales police. Witnesses said the swimmer was in the water when the shark — described as a 4 1/2-meter (15-foot) great white — "came and attacked him vertically."

"We heard a yell and then turned around, it looked like a car just landed in the water, big splash," witness, Kris Linto, told 9 News TV.

New South Wales state Ambulance Inspector Lucky Phrachnanh later told media outlets that the swimmer "suffered catastrophic injuries as a result of the attack and there was nothing paramedics could do when we arrived on scene."

Officers who arrived at the scene, alongside Marine Area Command and Surf Life Saving NSW, found "human remains" in the water, according to the police statement.

Little Bay Beach and the surrounding beaches were closed as officials continued to search the area for the shark.

The Randwick City Council shared a video on Facebook of the beach, noting how the "horrific news" follows the deaths of a father and son who were rock fishing at the same site just two weeks prior. 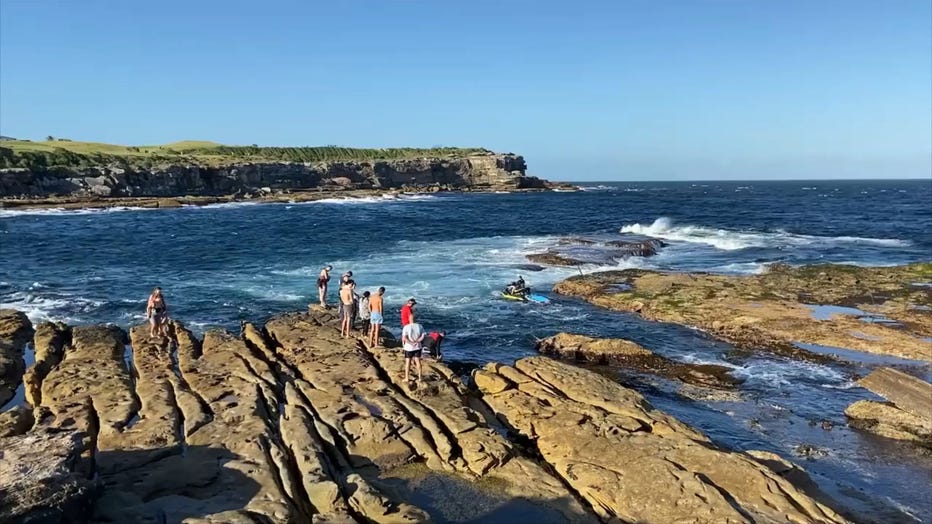 According to researchers with the International Shark Attack File, Australia last year led the world with three unprovoked shark-related deaths, followed by New Caledonia with two. The United States, Brazil, New Zealand and South Africa each had a single unprovoked fatal shark attack. There were a total of 11.

In June, a man swimming off of Grey Whale Cove State Beach in California was bitten by a great white shark. A male surfer off of the state’s Morrow Bay died on Christmas Eve after another apparent attack.

Most shark bites are related to surfing and board sports, and the chances of being bitten remain extremely low, according to the International Shark Attack File — which offers resources for reducing the risk of a shark bite and instructions for what to do if one encounters a shark.