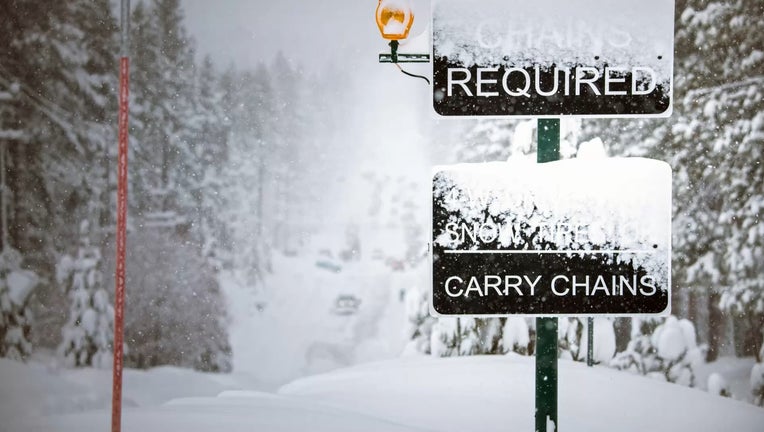 Snow impacts the city of South Lake Tahoe, California on February 15th, 2019 After an atmospheric river in South Lake Tahoe drops two feet of new snow overnight locals are quick to dig out and prepare for the next wave. Eager locals even make it to H

TRUCKEE, Calif. - A Tahoe-area man was rescued after spending a week stranded in his vehicle in heavy snow in mountainous, backcountry terrain, the Sierra County Sheriff's Office said.

On Sunday, Jan. 24, concerned family members contacted the Sierra County Sheriff's Office after the man didn't return home to Truckee from a trip to visit friends in Grass Valley, about an hour and 15 minutes away.

Follwoing the missing persons report, the Sheriff's office, Cal-Trans, and CHP all joined in on the search. The man's family organized search parties that spanned along Highway 49 from Nevada County through Yuba County and Sierra County, but there was no sign of the missing man.

The area had received significant snowfall over the past week and many areas were not accessible by vehicle.

On Sunday, January 31, one week after going missing, the Nevada County Sheriff's Office received a 9-1-1 call from the missing person, but the call had dropped. Emergency disptachers were able to confirm the caller was the missing man, and obtained the GPS location of where the call came from -- on Henness Pass Road near Alleghany in Sierra County.

Search and rescue teams from the Nevada County Sheriff's Office deployed a snowcat to access the area in search of the man. Heavy snowfall had blocked access to all vehicles, and the roadway doesn't get plowed during the winter, according to the Sierra County Sheriff.

Meanwhile, the California Highway Patrol deployed a helicopter from the Sacramento-area. Officers in the helicopter located the man near the location of the 9-1-1 call, and after safely landing the helicopter, picked up the man and flew him down to awaiting officers just south of Downieville.

The man was in good condition and declined medical help. He says that because Highway 80 had been closed due to the extreme snowfal, his GPS routed him to Highway 49, then onto Henness Pass Road, as it was the shortest route.

Unfamiliar with the area, he followed his GPS until his vehicle got stuck and couldn't turn around. His cell phone also had no service.

Luckily, he was prepared for the possibility of being stranded, having winter clothing, a camper, and propane with him.

On the day of his rescue, he was able to find a location nearby with limited cell service, just enough to make the call to 9-1-1.

As a reminder, the Sierra Sheriff reminds drivers to not always trust your GPS driving directions, particularly in the winter months.