PHOENIX - A team of female engineers from ASU just placed third in the world in a robotics competition.

They were the only all-female team that made it to the finals, and most of the team is comprised of freshman. They just want to prove that in a male-dominated field, they are a team to be taken seriously.

"All the work and effort is finally getting noticed," said Rebekah Wagen.

The team's creation is an autonomous underwater vehicle.

"So basically, it is like a dolphin sending out sonar and its position,” said Wagen. "You preprogram it and put in the water and you cross your fingers. It does what you tell it to do because there is no communication once it goes underwater."

It can be used for tasks that humans may find dangerous, and the inventions can help people learn more about the oceans. The robosub competition was held in San Diego, with 55 teams from 12 different countries competing. ASU’s underwater robotics team placed first among U.S. teams, and third internationally.

"This is a huge deal," said Daniel Frank, a lecturer at ASU.

Frank says it’s unheard of because this is a rookie team comprised mainly of freshman, with a number of sophomores and juniors. They competed and beat out seniors and even graduate students.

"It was amazing for us. We were not expecting to get third at all," said Wagen, who is a sophomore.

Not to mention they were the only all-female team to become finalists.

"Being all-female, we were like, 'yeah, we are all female'," said Wagen. "We were mainly focused on getting our robot done."

The team, however, does not want you to focus on that. They want everyone to know they are a force to be reckoned with, regardless of their gender.

"Hopefully, we will be first in the world next year," said Wagen.

Frank said there are young women reaching out to them from other parts of the country, asking how they can create an all-female team as well. There was even a girl from Egypt who reached out, asking about the program at ASU after seeing the competition results. 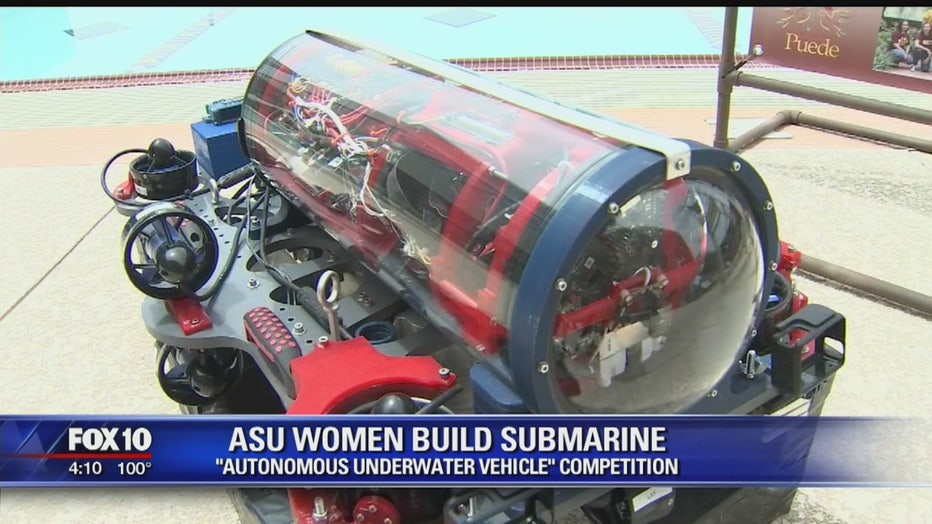