Phoenix Mayor looks for solutions to ‘crisis situation’ of homelessness

Mayor Kate Gallego called Tuesday for a shared regional response to surging homelessness and lack of affordable housing in and around Phoenix, saying more money and longer-term solutions are needed to tackle what she said is “a crisis situation.”

PHOENIX - Mayor Kate Gallego called Tuesday for a shared regional response to surging homelessness and lack of affordable housing in and around Phoenix, saying more money and longer-term solutions are needed to tackle what she said is “a crisis situation.”

“As the nation’s fifth-largest city, we’ve seen abundant opportunity come from our historic growth, but it’s also brought challenges,” Gallego said Tuesday. “Two of these challenges, a lack of affordable housing and a growing issue with people experiencing homelessness, are deeply intertwined.”

Gallego wants to add $3 million to the $20 million the city already spends annually on homelessness and too little affordable housing but said other cities, Maricopa County and the state should provide more help.

“Affordable housing and homelessness is a national challenge, many other mayors consider that their top challenge,” said Gallego. “This is a crisis situation.” 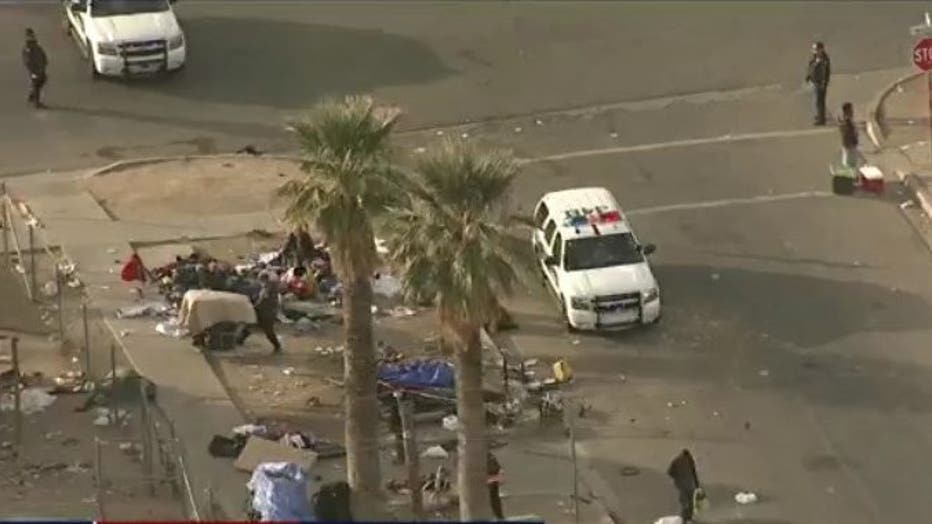 The mayor also announced she will ask the City Council on Wednesday to join her in asking city staff for an expanded plan to address homelessness. The Maricopa County Association of Governments said a one night count in early 2019 found some 6,600 people in metro Phoenix did not have a home.

Councilwoman Debra Stark stood with Gallego at a City Council news conference she called on her issue. But Councilman Michael Nowakowski showed up at the gathering with media later and complained that he had not been informed about Gallego’s plan in advance.

Long considered an inexpensive place to live, Phoenix in recent years it has become a victim of its own success as Californians seek cheaper housing and snowbirds from northern states fleeing winter weather buy homes or rent apartments that sit empty during summer months.

Now, even some middle-class people are struggling to make ends meet as the desert city experiences some of the nation’s fastest-rising rents, jumping as much as 7% over the past year.

A new luxury apartment complex with a pool and gym built next to the city’s light rail asks about $1,600 a month for a one-bedroom apartment and $2,330 for three bedrooms. A $600 studio can be found to the west or the south, but in older buildings without amenities.

Gallego suggested Arizona could put more money in the state housing fund, which once provided $40 million to help with housing issues. It was capped at $2.5 million after the Great Recession and received a one-time injection of $15 million last year.

While it’s more expensive to live in Seattle, San Francisco and other cities known for a housing crisis and homelessness, Phoenix rents are outpacing salaries.

A worker in Arizona’s capital must earn nearly $20 an hour to afford an average two-bedroom apartment, according to the National Low Income Housing Coalition. The nonprofit says the average Arizona renter now earns about $17 an hour. The state’s minimum wage is $11.

Metro Phoenix in recent months has hovered near the top of several commercial real estate databases for fastest-growing rents and prices for single-family houses, a reflection of the tight housing inventory nationwide.

Tense moments prior to the Phoenix homeless crisis news conference

Before the mayor's news conference at Phoenix City Hall, there were some tense moments as District 7 Councilman Michael Nowakowski tried to enter the meeting, unhappy with the mayor's support of a plan that would add beds to the downtown homeless campus and that he was not included in the process to come up with a plan.

The mayor's staff blocked Nowakowski from entering and he was eventually escorted from the room by security when he persisted with his complaints that he was being excluded and challenged Gallego about her support of a plan to add more beds to the downtown Phoenix shelter. 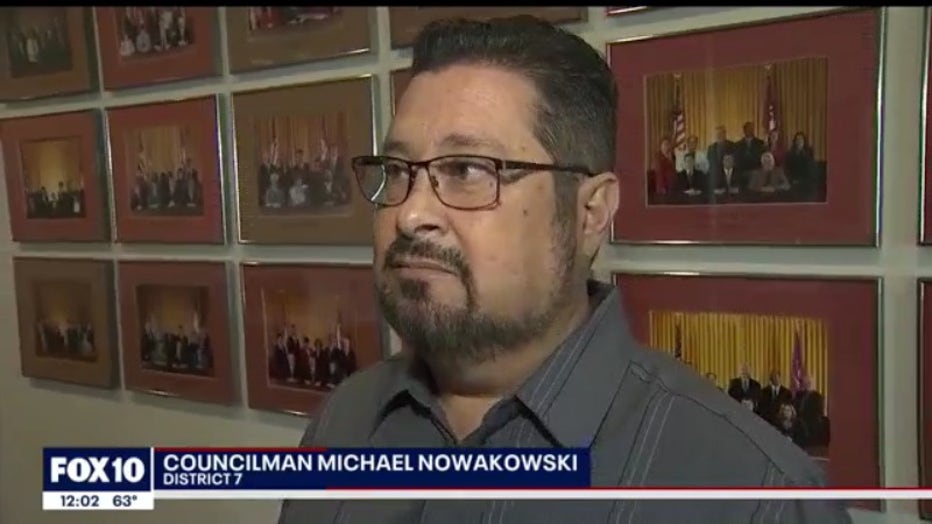 "And if there's going to be big changes in my district, I want to be a part of that," said Nowakowski. "I asked for the meeting yesterday.. and now we're going to become the homeless shelter for the whole county. I don't think that's fair. It needs to be a regional approach spread out through the county and throughout the city of Phoenix. It can't be put on one neighborhood. The neighbor is the poorest of the poorest and that's sad."

Mayor Gallego stated, "We would like to see people have emergency beds wherever they are in Maricopa County, particularly for adult males, individuals the system funnels them to Phoenix, Arizona right now. We would like them to have more resources in every part of Maricopa County."

Some retirees flocking to Arizona now homeless because of rising rents: ‘Not as affordable as it used to be’

Crews work to clean up homeless encampment near downtown Phoenix