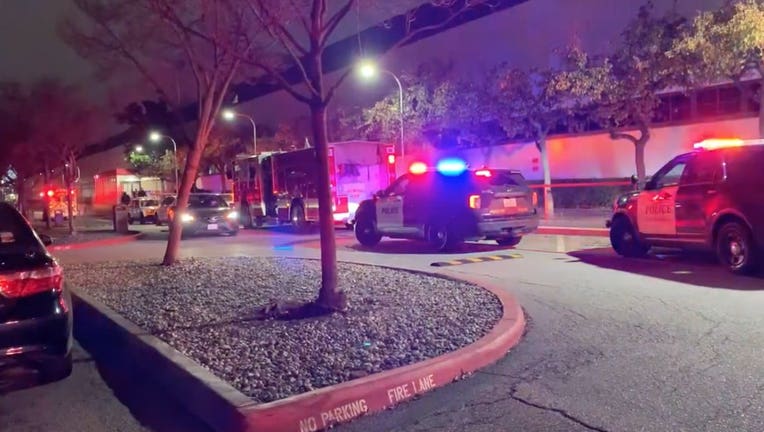 FREMONT, Calif. - A production associate working on a powertrain line at Tesla in Fremont collapsed and died early Wednesday morning.

Now the state agency that oversees workplace safety is investigating into what happened.

Cal-Occupational Safety and Health Administration spokesman Peter Melton said that the car manufacturer notified his agency about the death and state investigators are in the process of gathering more information to determine the work-relatedness of this event and whether to conduct an inspection.

A powertrain is an improved motor, inverter and gearbox, according to Tesla's website.

The identification of the employee was not given.

About 6:30 a.m., at least three Fremont police cars and one fire truck were seen in front of the Tesla plant.

This death comes about a month after Anthony Solima, 29, a Tesla employee allegedly waited for his coworker to get off work, before fatally shooting him in the head in the factory's parking lot, prosecutors said.

Solima was charged with murder and the special circumstance if lying in wait, as well as possession of an assault weapon.

Solima and the victim, identified as Lee Brasier, 42, had gotten into an argument at work earlier that week and Solima abruptly walked off the job, authorities said.

Prosecutors said Solima came back to the Tesla facility and waited in the parking lot with a .223-caliber short-barreled AR-15 and shot Brasier in the head just after he finished his shift. His keys were still in the door of his Toyota Tundra, authorities said.

Brasier sustained at least one gunshot wound and was pronounced dead at the scene.

Fremont police are investigating the death of a person found at the Tesla auto plant on Monday afternoon. Homicide investigators are looking into what was called a suspicious death.