WASHINGTON - Five members of a Texas family are now charged in connection to the U.S. Capitol riot.

According to court documents, Kristi Munn, Tom Munn, Dawn Munn, Josh Munn and Kayli Munn of Borger, Texas, are charged with knowingly entering or remaining in any restricted building or grounds without lawful authority, disorderly and disruptive conduct in a restricted building or grounds, disorderly conduct in a Capitol building and parading, demonstrating or picketing in a Capitol building.

FBI officials said they received information from a tipster related to Kristi’s fiance on January 9. The tipster told agents that the family flew from Texas to Washington, D.C. for a rally promoted by former president Donald Trump in an effort to keep Congress from certifying President Joe Biden’s win in the November 2020 election. 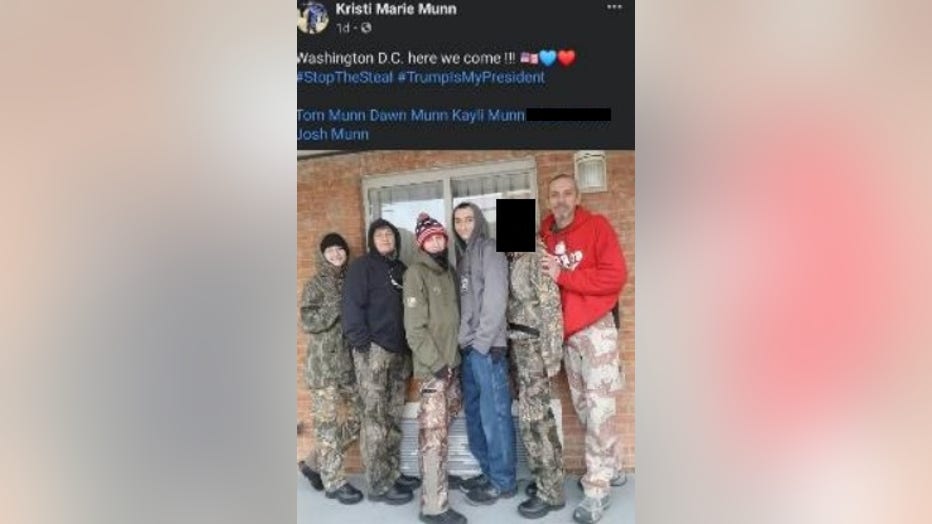 RELATED: Congressman donates suit he wore to clean up after US Capitol riot to Smithsonian

FBI agents then reviewed more screenshots from Kristi’s Facebook and Snapchat pages, which appeared to show her and her relatives at the U.S. Capitol on January 6. Agents said Tom also posted on his Facebook page "POTUS HAS REQUESTED YOUR ATTENDANCE WASHINGTON DC JANUARY 6TH 2021...Our President has only asked two things from us, so far... #1 Vote #2 January 6, 2021."

More photos from Tom’s Facebook page appeared to show him hauling a trailer with a QAnon sign posted on the back of his trailer, the FBI said. He also reportedly posted, "Made it back to the hotel about an hour ago...Have lots of pics and video to follow . . . the DC police opened up on a small group climbing the scaffolding, with gas grenades . . . The only damage to the capital building was several windows and sets of doors. Nothing inside the capital was damaged. I can tell you, patriots NEVER made it to the chamber. There was no violence in the capital building, the crowd was NOT out of control . . . they were ANGRY!!!" 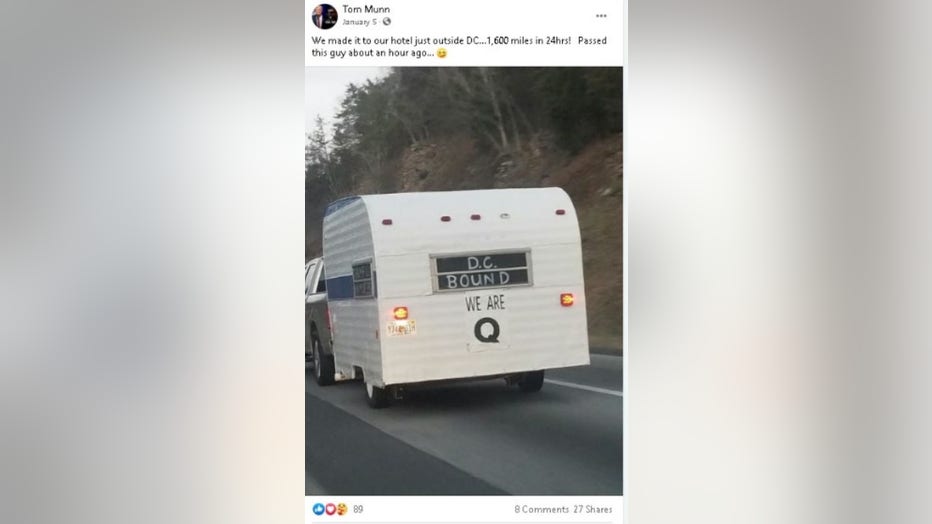 An FBI agent said he interviewed Kristi who "admitted to going to the U.S. Capitol to see President Trump speak and to express her First Amendment rights to object to the electoral college results, but denied going inside the Capitol or participating in any violence, vandalism, or any other criminal activity at the Capitol."

However, agents said they reviewed security footage from inside the Capitol and spotted the Munn family. They also said cell phone records of the family also showed them within the vicinity of the Capitol on January 6.

Capitol fencing coming down in 3 days | LiveNOW from FOX

Removal of fencing around the U.S Capitol is expected to come down in the next few days. Local officials and members of the community say there is no longer a need for the fencing. The fencing will be replaced by bike rack barricades.

Seven people died during and after the rioting, including three Trump supporters who suffered medical emergencies. Two police officers died by suicide in the days that followed, and a third officer, Capitol Police Officer Brian Sicknick, collapsed and later died after engaging with the protesters. A medical examiner determined he died of natural causes.

More than six months after the insurrection, the Justice Department is still hunting for scores of participants. More than a dozen Jan. 6 defendants have pleaded guilty, including two members of the Oath Keepers militia group who admitted to conspiring with other extremists to block the certification of Biden’s victory. Most of the other plea deals reached so far have been in cases where defendants were charged with misdemeanors for illegally entering the Capitol. 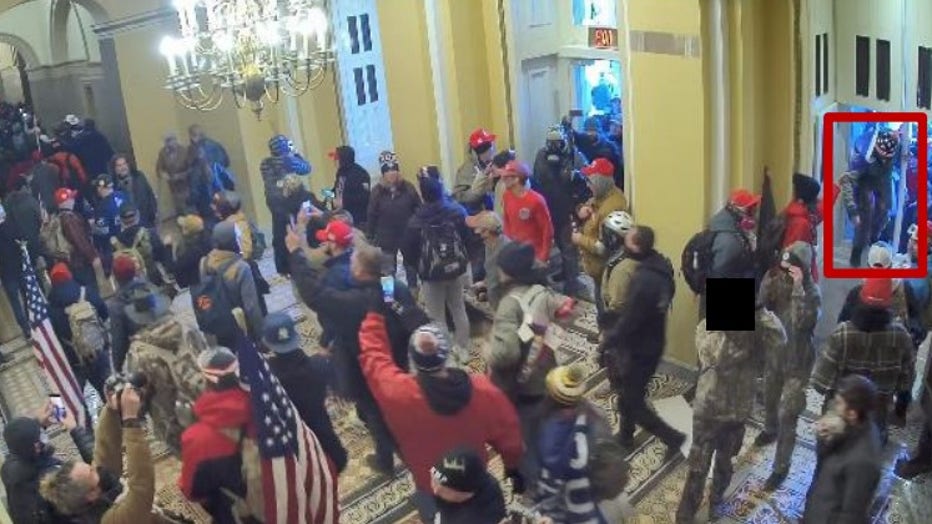 The only defendant who has been sentenced is an Indiana woman who pleaded guilty to a misdemeanor and was spared any time behind bars.

In a statement last week noting the six-month anniversary of the attack, President Joe Biden called on "people of goodwill and courage" — including Republicans and Democrats — "to stand up to the hate, the lies, and the extremism that led to this vicious attack, including determining what happened so that we can remember it and not bury it hoping we forget."