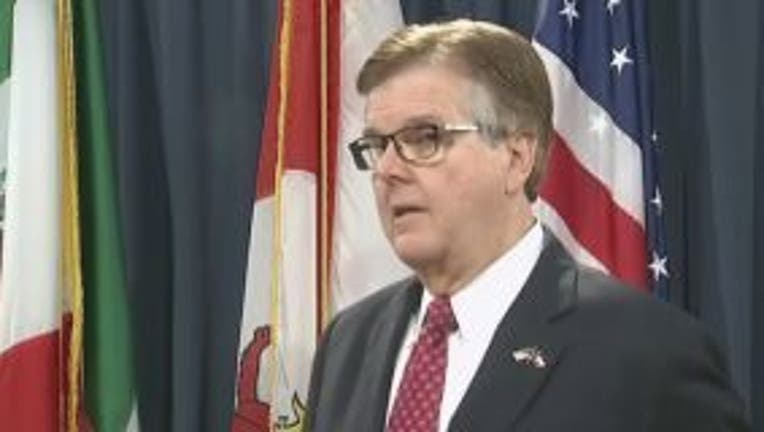 AUSTIN, Texas - Texas Lt. Gov. Dan Patrick announced Wednesday that the Star-Spangled Banner Protection Act will be among his legislative priorities this session. The bill known as Senate Bill 4, is to ensure that the national anthem is played at all events which receive public funding.

"It is hard to believe this could happen in Texas, but Mark Cuban’s actions of yesterday made it clear that we must specify that in Texas we play the national anthem before all major events. In this time when so many things divide us, sports are one thing that bring us together — right, left, black, white, and brown. This legislation already enjoys broad support. I am certain it will pass, and the Star-Spangled Banner will not be threatened in the Lone Star State again."

"If only Dan Patrick and the rest of his Trump Republican brethren cared more about a violent right-wing mob attempting to overthrow our Capitol than they do about what a private organization chooses to play at their home games. Patrick isn’t a patriot. He’s a secessionist coward whose rhetoric and actions incited the violence that we saw at the Capitol leaving 6 people dead and risked the lives of thousands more."  Rahman adding, "Patrick continues to yap and yap while Texans continue to get sick, lose their livelihoods, and die. That’s the Dan Patrick way."

This comes a day after Mark Cuban, owner of the Dallas Mavericks NBA team, announced they would no longer be playing the national anthem at home games.

Earlier Wednesday the NBA released a statement stating that "all teams will play the national anthem in keeping with longstanding league policy." and Cuban responded that the Mavericks would be playing the anthem before their home game against the Atlanta Hawks Wednesday night.