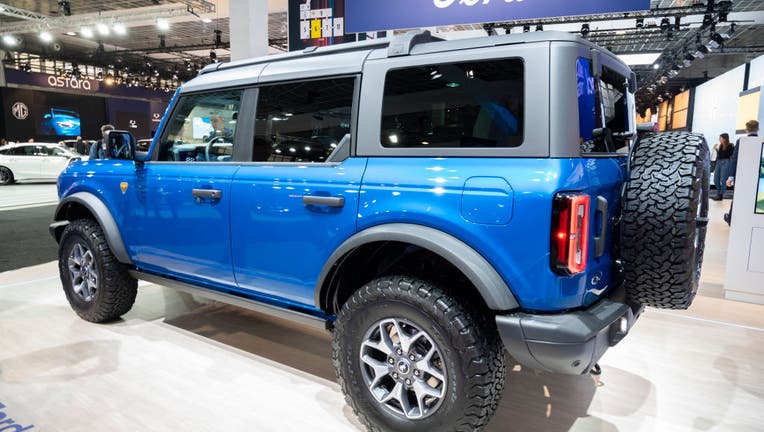 Ford delivered 97,315 Bronco SUVs to customers last year, but the number could have been higher if not for production constraints.

Beyond semiconductors, various part supplies remain tight and unable to keep up with demand.

These include the Bronco's molded-in-color hardtop, Sasquatch off-road upgrade package and the Lux package option.

The backlog is so bad that Ford is now offering 2023 Bronco reservation holders who have ticked the boxes for these features $2,500 to switch to another Bronco trim or vehicle.

SECRET FORD MUSTANG IS GETTING READY TO ROCK

According to Cars Direct, customers can try to reconfigure their build slot for another Bronco configuration or apply the savings to a new order on a Bronco Sport, Escape, Edge, Explorer, Expedition, Ranger or F-150 with sales dates through April 3, 2023.

What we know about the new Ford Bronco

Ford is introducing the Bronco as a challenge to Jeep in the fast-growing SUV segment.

Certain in-stock vehicles are also eligible, including the Mustang and the Maverick, but the Mustang Mach-E and Raptor versions of the Bronco and F-150 are not included.

A Ford spokesman told Car and Driver that reservation holders set on their configuration could also switch to a 2024 model year Bronco, or cancel altogether if they don't want to use the incentive on another vehicle.

"If we are not able to schedule a reservation or order for production, it will be canceled for the 2023 model year and their $100 reservation deposit will be refunded automatically," he said.