The US Centers for Disease Control and Prevention updated its mask guidance on Tuesday to recommend that people who are fully vaccinated against COVID-19 resume wearing masks indoors in parts of the country with high levels of the virus. The public health agency also advised everyone in K-12 schools to wear masks regardless of vaccination status.

TOKYO - Tokyo reported 3,177 new coronavirus cases on Wednesday, setting an all-time high and exceeding 3,000 for the first time days after the start of the Olympics.

The new cases exceeded the earlier record of 2,848 set the previous day and brought the total for the Japanese capital to 206,745 since the pandemic began early last year.

Tokyo has been under a fourth state of emergency since July 12 ahead of the Olympics, which began last Friday despite widespread public opposition and concern that they could further worsen the outbreak.

Experts say Tokyo’s surge is being propelled by the new, more contagious delta variant of the virus and there is no evidence of the disease being transmitted from Olympics participants to the general public. 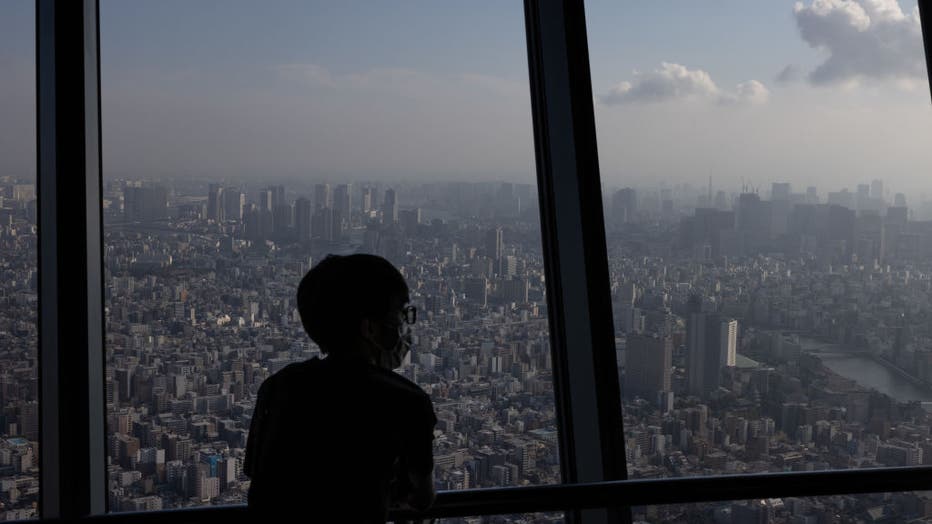 Japan has kept its cases and deaths lower than many other countries, but its vaccination campaign started very late in comparison to other large nations and there is fear that rising cases could overwhelm hospitals.

Japan's vaccine minister, Taro Kono, said in an interview with The Associated Press on Wednesday that there is no evidence of the coronavirus spreading from Olympic participants to Japan's population.

"I don’t think there have been any cases related to the Olympic Games. So we aren’t worried about that issue," he said.

Tokyo Gov. Yuriko Koike urged younger people on Wednesday to cooperate with measures to bring down the number of infections and get vaccinated, saying their activities are key to slowing the surge during the Olympics.

Koike noted that the majority of the elderly have been fully vaccinated and infections among them have largely decreased, while mostly unvaccinated younger people are now dominating new cases.

"Younger people’s activity holds the key (to slowing the infections), and we need your cooperation," Koike said. "Please make sure to avoid nonessential outings and observe basic anti-infection measures, and I would like younger people to get vaccinated."

Vaccination prospects for younger people have improved, and some can get their shots organized by workplaces and colleges, while others still wait based on seniority. But there are also concerns over hesitancy among the young, with surveys showing many have doubts, in part due to false rumors about side effects.

Younger people have been blamed for roaming downtown areas after the requested closing hours for eateries and stores and spreading the virus. The state of emergency, which is to continue through the Olympics, mainly focuses on requiring establishments to stop serving alcohol and shorten their hours. Measures for the public are only requests and are increasingly ignored.

Prime Minister Yoshihide Suga has also urged people to avoid nonessential outings and says there is no need to consider a suspension of the Games, which are being held with no fans in Tokyo and three neighboring prefectures — Chiba, Kanagawa and Saitama.

The governors of the three areas, alarmed by Tokyo’s surging cases, said on Wednesday they plan to ask Suga to place their prefectures under the state of emergency too.