PHOENIX - The Phoenix Herpetological Society is taking in a tortoise in pretty bad shape after it was found abandoned inside a box in an alleyway.

The tortoise, named Pancake, should weigh upwards of 100 pounds (ca. 45 kg) but only weighs 40 pounds (ca. 18 kg). Her shell, which should be round and sturdy is instead brittle and flat, hence the name Pancake.

"She's one of the worst, she's on that scale of pretty bad shape," said Daniel Marchand, Phoenix Herpetological Society.

Daniel Marchand with the Phoenix Herpetological Society says Pancake was left for dead in a box in an alley.

"She's probably been kept indoors in a garage and bedroom because she's lacking to be in the sun, and for a tortoise, sunlight is absolutely essential for healthy and proper growth," said Marchand. "We see the shell here, it's very soft, it's very moveable, which tells us it hasn't had good sunlight." 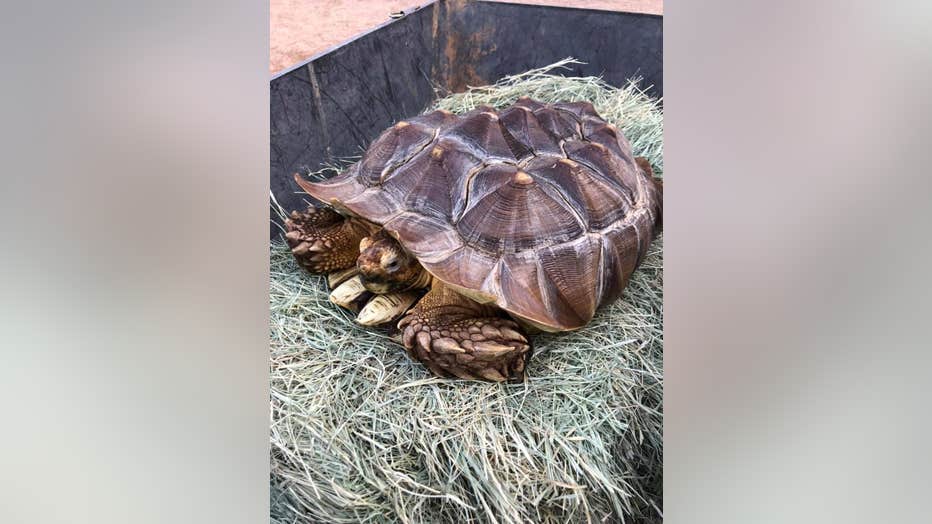 They're working with vets to get Pancake the best treatment plan.

"This tortoise's shell is going down on its back and their lungs are on the backside of the tortoise, so it's like someone is standing on this animal and putting pressure on its lungs," said Marchand.

They're amazed she was able to live in the condition as long as she did and are hopeful for a full recovery.

"This tortoise just has a will to survive," said Marchand.

For more information on how you can help Pancake, head to https://www.phoenixherp.com/contribute.