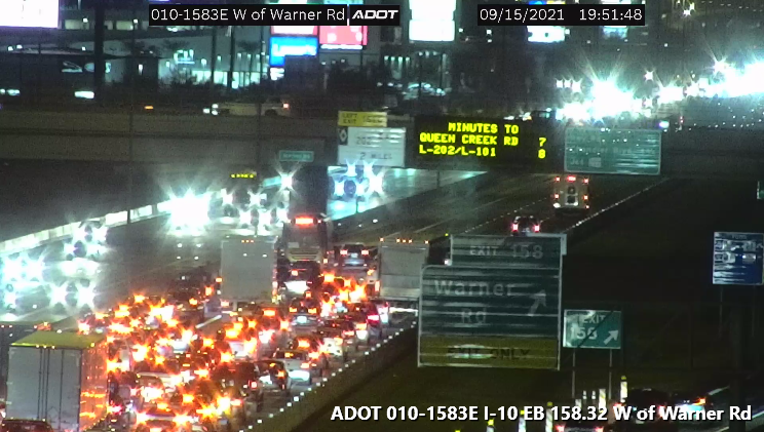 PHOENIX - Five people were taken to the hospital after a crash in the East Valley on I-10 Wednesday night.

The three-car crash, involving a tour bus, happened near Warner Road on the highway, says Capt. Todd Keller with the Phoenix Fire Department.

Three women and two men were taken to the hospital and are doing OK.

No one on the tour bus was injured, Keller says.

The Department of Public Safety will investigate the crash.