The storm made landfall as a hurricane early Tuesday on the Texas coast, but was quickly downgraded to a tropical storm and later a depression. Forecasters said Nicholas would stall over Louisiana and spread life-threatening floods across the Deep South over the coming days.

Nicholas was expected to bring 3 to 6 inches of additional rainfall to parts of the central U.S. Gulf Coast through Friday, including southeastern Louisiana, southern Mississippi, southern Alabama and the Florida Panhandle, the National Hurricane Center said. It was moving east-northeast at 5 mph Wednesday afternoon. 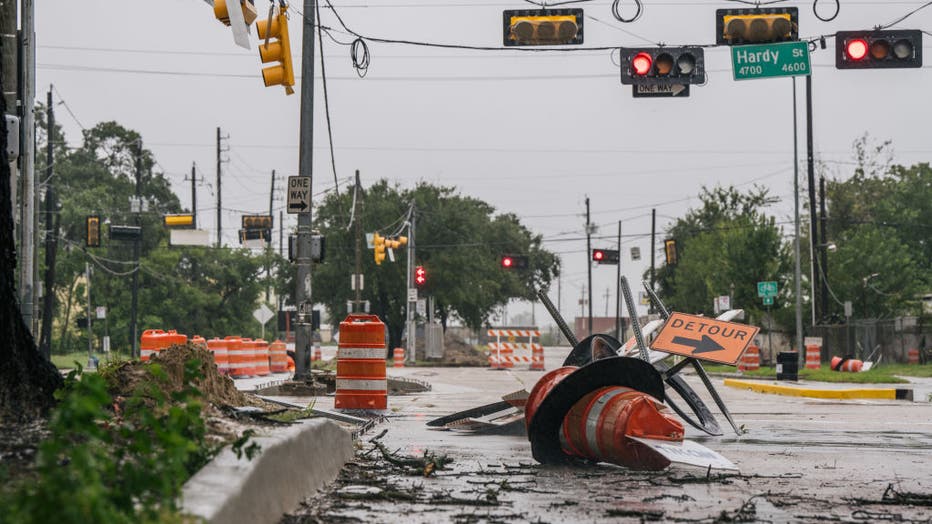 Up to 10 inches of rain was possible in some isolated areas, forecasters said. The New Orleans office of the National Weather Service said late Tuesday that heavy rain and the risk of flooding remained the main threat in the region.

"Remember to turn around, don't drown when you encounter a flooded road," it wrote on Twitter.

"This is a very serious storm, particularly in those areas that were so heavily impacted by Hurricane Ida," Edwards said.

Nicholas has been downgraded to a tropical storm hours after making landfall along the Texas coast as a Category 1 hurricane. Nicholas made landfall around 12:30 a.m. Tuesday on the eastern part of the Matagorda Peninsula, about 10 miles west-southwest of Sargent, with maximum sustained winds at 75 mph. According to the NHC, Nicholas is moving north-northeast around 9 mph and is expected to move more slowly to the northeast later Tuesday. It is expected to move eastward over Louisiana by Wednesday.

Edwards said Nicholas will complicate an already difficult recovery from Ida in southeast Louisiana. He noted that 95,000 electric customers were still without power more than two weeks after Ida hit. And he said the new storm could mean some who had regained power might lose it again. Homes already badly damaged by Ida were not yet repaired to the extent that they could withstand heavy rain, Edwards added.

Energy companies working to restore power to remaining areas in the state said Wednesday that they were watching Nicholas closely but didn't expect it to affect their restoration times.

Galveston, Texas, recorded nearly 14 inches of rain from Nicholas, the 14th named storm of the 2021 Atlantic hurricane season, while Houston reported more than 6 inches. Thousands of people also lost power in Texas as the storm moved over the state.