It's unclear whether Thursday's debate will happen at all given an unsettled labor union dispute that might require participants to cross a picket line.

CLINTON, Iowa (AP) - Seven Democratic presidential candidates will stand on stage this week in Los Angeles, a pool of survivors who have withstood almost a year on the campaign trail, sustained attacks from rivals in both major political parties and five rounds of high-pressure debates.

And while the field has been effectively cut down from more than 20 in the span of six months, a deepening sense of volatility is settling over the Democratic primary on the eve of the sixth and final debate of 2019. The remaining candidates, those in the debate and some trying to compete from outside, are grappling with unprecedented distraction from Washington, questions about their core principles and new signs that the party's energized factions are turning against each other.

Lest there be any doubt about the level of turbulence in the race, it's unclear whether Thursday's debate will happen at all given an unsettled labor union dispute that might require participants to cross a picket line. All seven candidates have said they would not do so.

The Democratic dilemma is perhaps best personified by Elizabeth Warren, whose progressive campaign surged through the late summer and fall but is suddenly struggling under the weight of nagging questions about her health care plan, her ability to compete against President Donald Trump and her very authenticity as a candidate.

Boyd Brown, a South Carolina-based Democratic strategist who recently decided to back Joe Biden only after his preferred candidate, Beto O'Rourke, was forced from the race, likened Warren's position to that of someone falling down a mountain grasping for anything to slow her descent.

Warren has avoided conflict with her Democratic rivals for much of the year, but she has emerged as the chief antagonist of the leading candidates in the so-called moderate lane, former Vice President Joe Biden and Mayor Pete Buttigieg of South Bend, Indiana. Seven weeks before Iowa's Feb. 3 caucus, the Massachusetts senator is attacking both men with increasing frequency for being too willing to embrace Republican ideas and too cozy with wealthy donors.

Those close to Warren hope the strategy will allow her to shift the conversation away from her own health care struggles back to her signature wealth tax and focus on corruption. Yet she could not escape questions about her evolving position on Medicare for All as she campaigned in Iowa over the weekend.

When asked about health care, Warren told a crowd of roughly 180 people in the Mississippi River town of Clinton, Iowa, about a plan to expand insurance coverage without immediately moving to a universal, government-run system. She promised that those who wanted government health insurance could buy it before finally concluding, “At the end of my first term, we’ll vote on Medicare for All.”

The next question came from a man who said he was on Medicare and mostly happy about it, but had lingering issues.

“You call it Medicare for All and it’s better. Can’t you change the name?” he asked of her proposal.

“I like your suggestion,” Warren responded, in a tone suggesting she wasn't entirely joking. “Let’s call it health care for everybody.” She later added, “Let’s call it better than Medicare for All. I’m in.”

Even entertaining a name change seemed to mark yet another shift for Warren, who first co-sponsored Medicare for All in 2017, but began pivoting away from the proposal after experts questioned the plan she released in October to pay for it without raising middle-class taxes. She subsequently released a “transition plan” promising to get Medicare for All approved by Congress by the end of her third year as president while relying on existing insurance plans, including those established by Obamacare, to expand health coverage in the interim.

Warren's Democratic critics suggest her evolution on the issue has stalled her momentum because it goes beyond a policy dispute and raises broader questions about what may be the most important personal quality in politics: authenticity.

Indeed, Buttigieg, Biden and other rivals have seized on her shifts. Even Bernie Sanders, Warren’s progressive ally and Medicare for All's author, seemed to pile on by promising to send a full bill to Congress implementing the measure during the first week of his administration. 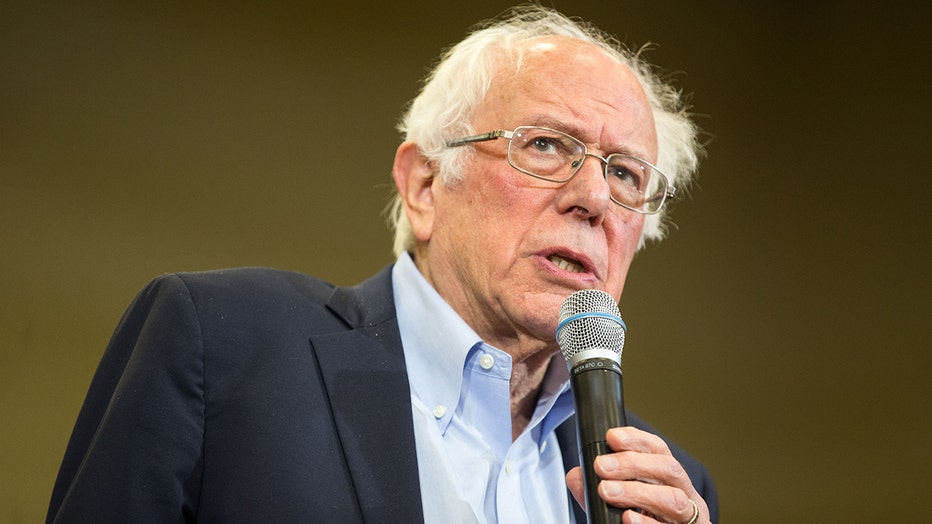 Without naming any of his rivals, Biden adviser Symone Sanders said candidates would not succeed in shifting the conversation away from health care this week even if they wanted to. She said to expect another “robust exchange” on the issue, which “is not going away and for good reason, because it is an issue that in 2018 Democrats ran on and won.”

Tough questions for Warren haven't just come from her rivals.

Since Thanksgiving, she's shortened her typically 30-minute and more stump speech to around 10 minutes and used the extra time to take more audience questions — only to be forced further on the defensive about health care.

Barton Wright, a 69-year-old technical writer, pressed Warren on Medicare for All at a recent event in Rochester, New Hampshire, noting after the event that he wants a deeper explanation.

"It just sounds awful," Wright said. "It sounds ‘like Hemlock for All’ for people who don't like Medicare. And that's a lot of people."

Even after questioning Warren, however, Wright said he was helping her campaign and still plans to vote for her.

Meanwhile, Buttigieg, the surprise member of the top-tier, is grappling with issues of his own that expose another fissure between the moderate and progressive wings of the party.

Protesters aligned with Warren and Sanders tracked him across New York City last week banging pots and pans and calling him “Wall Street Pete” as he continued his aggressive courtship of wealthy donors. The 37-year-old seemed genuinely confused by the protests, which he was forced to acknowledge during at least one Manhattan fundraiser because the noise outside was so loud.

As he faced supporters in Seattle over the weekend, Buttigieg acknowledged that the intra-party attacks will almost certainly continue, although he tried to downplay the intensity of the infighting.

"There’s gonna have to be some fighting,” Buttigieg said, “but I’m never gonna let us get to where it feels like the fight is the point.”

The fighting is almost certain to be on display at Thursday night's debate, especially among the four candidates in the top-tier: Biden, Buttigieg, Sanders and Warren. The three others on stage — Minnesota Sen. Amy Klobuchar, billionaire activist Tom Steyer and entrepreneur Andrew Yang — only narrowly hit the polling threshold needed to qualify and have an obvious incentive to make waves of their own as well.

Voters don't want a public fight, even if they sense one is coming.

Steve Wehling, a 43-year-old University of Iowa employee, said he doesn’t like Democrats feuding with each other, but he won’t hold it against Warren or anyone else. He said he understands that, with the caucuses looming, “all of the campaigns are really starting to put the squeeze on.”

“Voters turn on the debates and still see 10 people onstage, and I think a lot of them would like to see the field narrowed down,” said Wehling, who plans to vote for Sanders and says Warren is his second choice. “The pressure is really on."