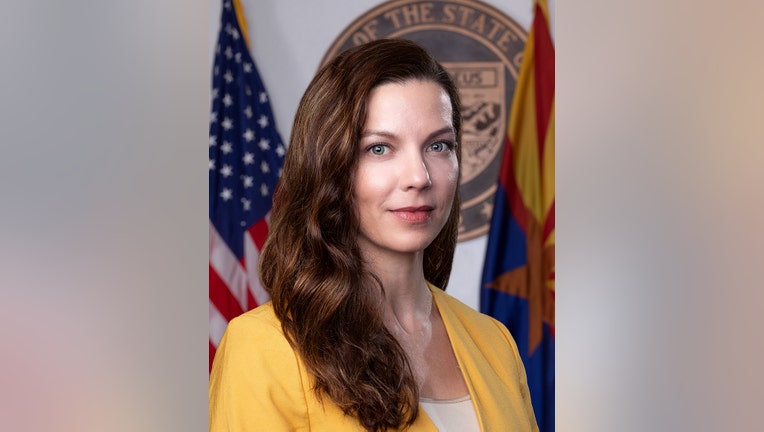 The Scottsdale lawmaker announced her campaign plans on Wednesday night.

Ugenti-Rita sponsored a controversial bill that will purge people from the permanent early voting list if they skip two election cycles. The measure, which was signed this month by Gov. Doug Ducey, was passed over fierce opposition from voting rights groups and some business executives who said it would make it harder for infrequent voters to cast a ballot. Ugenti-Rita said the measure would prevent ballots from going to people who don’t appear to be interested in voting by mail.

Ugenti-Rita is chairwoman of the Senate Government Committee, a position she’s used to push for more restrictive voting laws even before President Donald Trump and some of his supporters used unsupported theories of fraud in the 2020 election to press for sweeping changes to election law.

In the GOP primary, Ugenti-Rita faces state Rep. Mark Finchem, a Tucson Republican who worked with Trump lawyer Rudy Giuliani to sow doubt about Trump’s narrow loss in Arizona and was at the Jan. 6 rally that became an insurrection. Finchem’s campaign website includes false allegations of election fraud.

Democrat Katie Hobbs is widely expected to run for governor rather than seek a second term as secretary of state.

Ugenti-Rita in 2018 became a face of the #MeToo movement in Arizona when she publicly accused a fellow lawmaker, Republican Rep. Don Shooter, of repeated sexual harassment. Her claims eventually contributed to Shooter’s expulsion from the Legislature.

Later, in a deposition for lawsuits filed as a result of Shooter’s expulsion, a lobbyist said she felt sexually harassed when she received unwanted explicit photos of Ugenti-Rita from her now-husband. Ugenti-Rita said in her own deposition that she didn’t know her partner would send the photos to the lobbyist.

Arizona has no lieutenant governor, and the secretary of state is first in line to take over if the governor leaves before the end of his term. That’s happened three times since 1988.

In addition to oversight of elections, the secretary of state maintains campaign finance and lobbying records, runs the state library and archives, registers trademarks and licenses notaries.