United Airlines to require U.S. employees to be vaccinated

United Airlines will require employees in the U.S. to be vaccinated against COVID-19 by late October, perhaps sooner, joining a rising number of big corporations that are responding to a surge in virus cases.

DALLAS - United Airlines will require employees in the U.S. to be vaccinated against COVID-19 by late October, perhaps sooner, joining a rising number of big corporations that are responding to a surge in virus cases.

However, North Texas-based American and Southwest are not going that far just yet.

United leaders called it a matter of safety and cited "incredibly compelling" evidence of the effectiveness of the vaccines.

"We know some of you will disagree with this decision to require the vaccine for all United employees," CEO Scott Kirby and President Brett Hart told employees Friday. But, they added, "the facts are crystal clear: everyone is safer when everyone is vaccinated."

United, which has 67,000 employees in the United States, is the first major U.S. airline to announce it will require vaccination for workers. The airline has been requiring vaccination of new hires since mid-June. Unvaccinated workers are required to wear face masks at company offices. 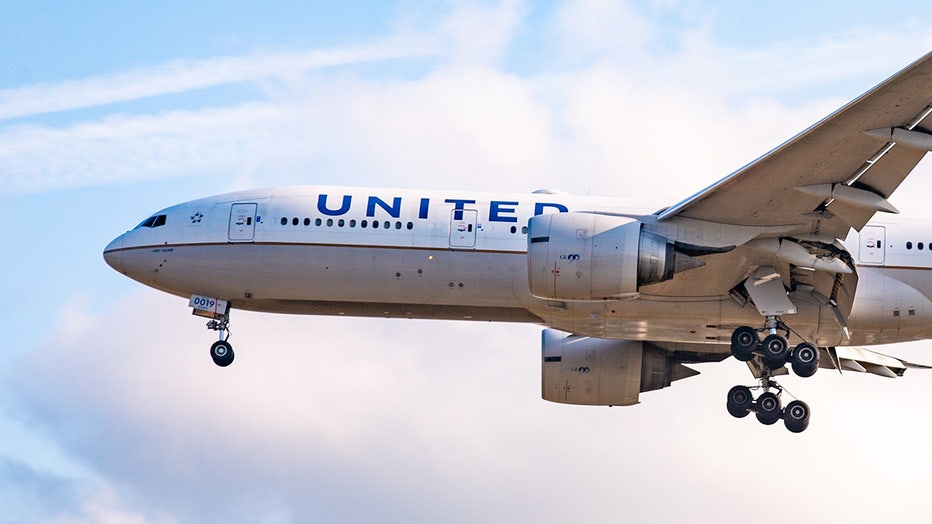 The Chicago-based airline estimates that up to 90% of its pilots and close to 80% of its flight attendants are already vaccinated. They get incentives to do so.

A United executive said the airline has no plans to require that passengers be vaccinated, calling that a government decision. The CEOs of Delta Air Lines and American Airlines have similarly ruled out a mandate for passengers.

United told U.S. employees Friday that they will need to be fully vaccinated by Oct. 25 or five weeks after the Food and Drug Administration grants full approval to any one vaccine — whichever date comes first. So far, the FDA has only granted emergency-use approval of the Pfizer, Moderna and Johnson & Johnson vaccines. Full approval of the Pfizer vaccine is expected soon, according to published reports.

Each employee will have to send an image of their vaccine card to the company. Those who don't will be terminated, with exemptions granted only for employees who document religious or health reasons for not getting the shots, officials said.

Employees who are already vaccinated or do so by Sept. 20 will get an extra day of pay, according to the memo from Kirby and Hart.

SMU Economist Mike Davis says it's a smart business and public relations move for United, given the surge in new covid cases related to the highly contagious delta variant.

"I wouldn't be at all surprised if this is what we observe, especially if the pandemic continues to roll on," he said. "Hundreds of thousands of people get on those airplanes and walk through those terminals and sit in their departure gates. So a company like that really has to worry that there might be some sort of a super spreader event."

Dallas-based Southwest Airlines says it strongly encourages employees to receive the COVID-19 vaccine but does not require it.

Fort Worth-based American Airlines is making the vaccine optional as well. The carrier is giving vaccinated employees an additional day off in 2022 and $50 as an incentive.

Gabe Saglie with Travelzoo says the optics are important, and so is a healthy workforce as the airline industry continues to see record remand.

"This idea that vaccines could help secure this ongoing rebound in the travel industry, rebound in the airline industry seems to make this makes sense," he said.

Union reps with American Airlines say at this point they have no stance on if vaccines should be mandated.

A spokesman with the Association of Professional Flights Attendants says leadership is talking about this now.

The president of Local 514, which represents groundworkers says he’s going to wait for legal team’s position before making any comment.

The Air Line Pilots Association said in a note to members that a "small number of pilots" don’t agree with this new policy, but the union believes it is legal. The Association of Flight Attendants encouraged members to get vaccinated and said United’s announcement is not surprising because Kirby has spoken in favor of a mandate for several months.

Airlines and other companies in the travel business have been hit particularly hard by the pandemic, which led to sharp travel restrictions.

Since the highly contagious delta variant became the leading strain of COVID-19 in the U.S., most airlines have said it hasn’t affected ticket sales. However, Frontier Airlines executives on Wednesday blamed the variant for weaker bookings in the past week.

The new policies come as the U.S. struggles with a surge in infections. The 7-day average of new reported coronavirus cases has jumped to more than 90,000 a day from around 12,000 a month ago, although hospitalizations and deaths have risen more slowly.