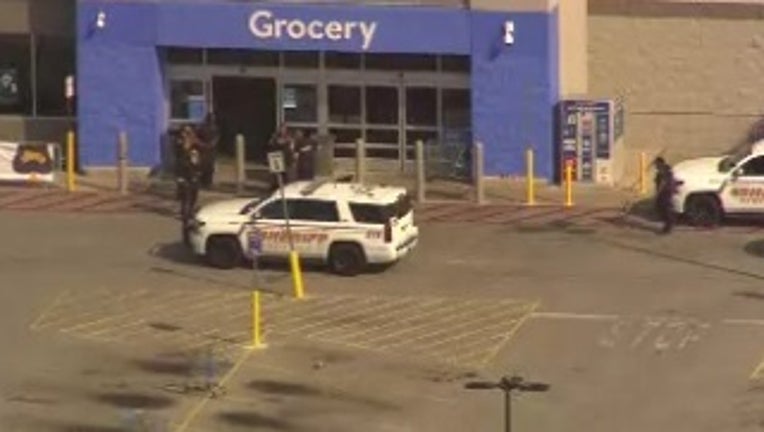 HOUSTON - After panic of a reported shooting sent crowds at a northwest Houston Walmart rushing out the door, Harris County Sheriff's Office deputies say there were no shots fired.

In a tweet, the HCSO reports there was a physical altercation between two people inside the store Tuesday afternoon and one of them had a gun, "but it was not discharged inside the store."

Deputies at first reported that a Hispanic male discharged a firearm inside the store before leaving the scene.

No injuries were reported, and deputies are still clearing the store.